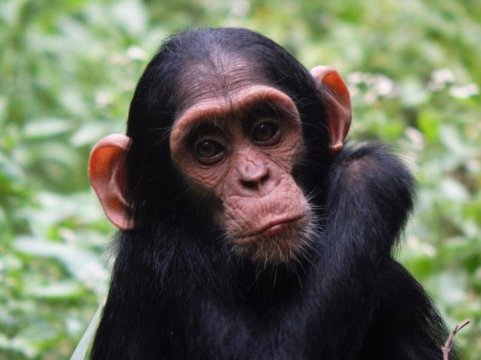 Research carried out by the University of Kent sheds light on the infanticidal behaviour of chimpanzees (Pan troglodytes) and demonstrates that females are highly sensitive to the relative risks posed to their babies by different males.

Researchers from the Living Primates Research Group in its School of Anthropology and Conservation (SAC), and the School of Psychology and Neuroscience at the University of St Andrews, examined the behaviour of female chimpanzees in the Budongo Forest, Uganda, where chimpanzees (at least in the study community) are particularly prone to committing and suffering infanticide.

The study by Adriana Lowe and Dr Newton-Fisher (SAC) and Dr Catherine Hobaiter (St Andrews) was carried out during a period in which a mid-ranking male rose rapidly in rank.

Males can benefit from infanticide when they can kill an unrelated infant and replace it with one they have fathered. Because rank is linked to mating access in chimpanzees, a male who rises quickly in rank is surrounded by babies he is unlikely to have fathered, compared to any babies conceived after his rise.

This means a male who rises in rank is suddenly a threat to mothers and their babies.

Mothers, specifically those with younger, more vulnerable infants, reduced their association with the rank?rising male during the period of instability. The research team also found evidence that females preferred to associate with a male of stable high rank on the basis that such males could offer protection against infanticide.

PhD student, Adriana Lowe said: ‘Watching chimps killing infants is really shocking and although it’s pretty well reported, it’s not been entirely clear why they do it. The mothers’ behaviour in our study supports the hypothesis that it’s a strategy by the males to get more mating opportunities. Male chimps are often described as great politicians as they use complex alliances to compete for high rank but this shows that the females are just as tuned in to the social environment, watching the males from the side-lines, sensitive to any changes which might put their babies in danger.’

The research builds on pioneering observations of infanticide in this community by Dr Nicholas Newton-Fisher more than 20 years ago (Infant killers of Budongo, 1999).