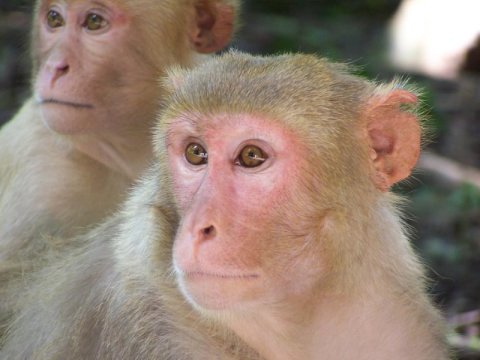 Most of us would acknowledge that family members often resemble one another, particularly in the face. Indeed, humans are good at picking out pairs of close relatives amongst the faces of unfamiliar adults. We are also more likely to trust and help hypothetical partners whose faces have been subtly manipulated to resemble our own in computer experiments. Furthermore, in natural populations perceived facial similarity can have important consequences in terms of whether fathers invest in or discriminate against their putative children. At what point in the lifespan does the relevant facial information become discernible? This is important to resolving whether there are evolutionary pressures for paternity to be concealed (to avoid withdrawal of care or even infanticide, if a male perceives he is unrelated to the child) or, alternatively, for advertising one’s paternity in order to encourage parental investment. Results of studies examining the faces of newborns have been inconclusive, but there is evidence that by mid-childhood individuals can, on average, be matched to their parents.

Other primates, such as macaques and baboons, face a similar problem. As both males and females typically mate with multiple partners during a female’s conceptive period, and males transfer between several social groups over their lifetime, individuals are often faced with situations where they encounter an unfamiliar conspecific which may, nevertheless, be their own relative. Recognizing these individuals as kin can generate evolutionary benefits, for example by directing preferential treatment towards relatives and optimizing mate choice decisions so as to avoid reproducing with close relatives. Evidence is accumulating in several primate species that individuals behaviourally discriminate not only maternal but also paternal kin, and that phenotypic cues exist (such as visual, vocal or olfactory similarities between relatives) which might enable this. Virtually nothing is known about when such cues might first appear or become detectable by others.

To address this question the authors of a recent study — published in the journal Proceedings of the Royal Society B — presented experienced human raters (scientists working with nonhuman primates, and trained primate caretakers) at the Max Planck Institute for Evolutionary Anthropology in Leipzig and the German Primate Center in Göttingen with digital images of rhesus macaque faces collected from a free-ranging population at Cayo Santiago, Puerto Rico. This computer-based technique relies on known similarities in the visual system and face-processing mechanisms of humans and rhesus macaques. The authors had already demonstrated that humans can detect parent-offspring resemblances between macaques under these conditions — at least in adult faces.

Now presented with macaque faces that differed in age, the study participants were unable to identify which of two infants belonged to a target parent, but became more and more successful at correctly matching sons and daughters with their parents with increasing age of the offspring. As predicted, they first consistently succeeded at the task at an offspring age just before puberty — i.e. with macaques old enough to no longer be highly vulnerable to aggression or infanticide by unrelated adults, but before the age at which information on relatedness first becomes useful in influencing their mate choice decisions. “We were able to rule out the possibility that this age-effect was simply due to human raters being unable to distinguish individual macaques onscreen when the animals pictured are very young. In fact, they were very good at that. Rather, it seems to be information specifically about kinship that changes with age,” says Anahita Kazem, the first author. “One might think it is unsurprising that individuals become more similar to their parents as they age, given that facial features may be heritable. There’s some merit to that. This doesn’t change the fact that, functionally, if information on kinship is not present (or is not detectable) in infant faces, the ambiguity this creates about paternity means that potentially unrelated males should be cautious about discriminating against them.”

This is the first demonstration that an endogenous visual cue to relatedness becomes more detectable as individuals mature, in any non-human species. “Our research shows that cues to paternity (and maternity) are present in macaque faces. Our group has also demonstrated that the monkeys at our field site spontaneously detect this facial information under natural conditions,” comments Anja Widdig, senior author. “A key question for the future is to find out whether this visual information is actually used by monkeys, and whether the fitness benefits of being identified as kin versus non-kin differ across life stages.”