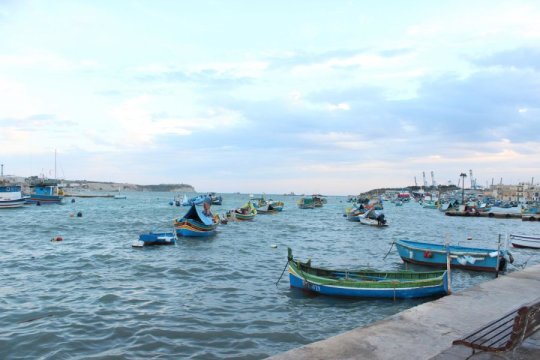 Traditional artisanal fishing has been harmed by EU fishing policies that favour big businesses and ignores other more sustainable approaches to conserving fish stocks, according to new research from the University of Kent.

This is the main finding of research by Dr Alicia Said, Professor Douglas MacMillan, and Dr Joseph Tzanopoulos of the School of Anthropology and Conservation (SAC) published in the world-leading open-access journal Frontiers in Marine Sciences.

To uncover the impact these actions have on local fishing fleets the researchers conducted in-depth interviews with fishing communities, fishers, and policy people, combined with detailed economic and policy analysis. The report found that traditional fishermen were being driven from the sea by specific policies that favour larger boats and richer owners.

Furthermore, inadequate safeguards around informal recreational fishing meant that the pressures on vulnerable fish stocks such as scorpionfish, red seabream, mullets, and other prestigious fisheries has actually intensified.

The study examined the highly controversial and complex subject of ‘blue-grabbing’ — the legitimate use of appropriating marine resources from traditional users, through policies and governance systems that favour large-scale fisheries, and other activities such as marine conservation for ecotourism.

Professor MacMillan says that EU policy focuses too much on fish stock conservation and has no meaningful policy regulations to ensure that quotas for over-fished stock such as tuna are equitably shared amongst fishermen. He said: ‘This allows individual nations to implement their own policies, which more often than not are captured by local elites to enhance their wealth and power through, for example, capturing all the quota. Furthermore, additional conservation measures such as no fishing zones are crude and tend to curtail all fishing activity over large segments of coastal waters, regardless of whether the fishing undertaken there is sustainable or not.’

Dr Said, who is from a traditional Maltese fishing community, said: ‘In Malta, the small traditional fishermen have essentially been pushed out of the water and their livelihood by government and EU policies that were actually intended to conserve fish stocks. At the end of the day the small guy ends up with nothing but a meagre retirement package, fishing communities fall into a spiral of decay, and profits for the large boat owners soar as they can capture all the quota and use cheap, often illegal labour to catch the fish.’

Working closely with the local fishing community, the research, has been discussed among key government officers, reaching as high as the Prime Minister of Malta and a major reallocation of quotas for tuna and other commercially important species to the traditional fishing fleet has been promised.

In the forthcoming days, the research will be presented to the Ministers of the Mediterranean who will meet in Malta for a High-level Ministerial Conference on 25th and 26th September to discuss the issues of small-scale fisheries sustainability, and one hopes that this article will bring positive change in the governance of fisheries in the Mediterranean region.

The contested commons: The failure of EU fisheries policy and governance in the Mediterranean and the crisis enveloping the small-scale fisheries of Malta by Alicia Said, Douglas MacMillan, Joseph Tzanopoulos, is published in Frontiers in Marine Science, section Marine Fisheries, Aquaculture and Living Resources.