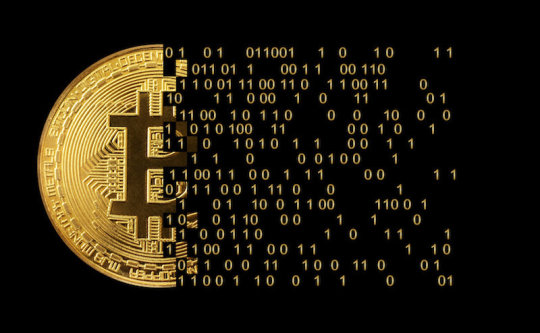 As an alternative to government-issued money, the cryptocurrency Bitcoin offers relative anonymity, no sales tax and freedom from bank and government interference. But some people argue that these benefits have an enormous environmental impact, particularly with regard to Bitcoin mining — the process used to secure the cryptocurrency. Now, researchers reporting in ACS’ Environmental Science & Technology have estimated that past and future environmental impacts of Bitcoin mining could be lower than previously thought.

In contrast to traditional banks, which keep records of balances and transactions at a centralized location, in Bitcoin all transactions are stored digitally as “blocks” in a chain that is kept by a network of peers. Using special computers, Bitcoin miners in this network compete to solve a mathematical puzzle. The winner, who earns the right to add the next block of data to the chain, is rewarded with new Bitcoin currency. This mining requires substantial electricity to power the special computers, but current estimates of the impact associated with this energy use suffer from a lack of accurate data. Susanne Köhler and Massimo Pizzol wanted to conduct a life cycle assessment to better understand the total environmental impact of Bitcoin mining.

The researchers estimated the electricity consumption and carbon dioxide emissions in 2018 for each stage of Bitcoin mining, from the extraction of raw materials to make the equipment to its production, use and recycling. They calculated that the Bitcoin network consumed 31.3 Terawatt-hours of electricity and generated 17.3 megatons of carbon dioxide equivalents in 2018, which were lower than previous estimates. About 99% of the environmental impact came from the use of the mining equipment, with minimal contributions from production and recycling. The location of the miners had the largest impact on the environment, with areas that use mostly fossil fuels for electricity, such as Inner Mongolia, China, contributing more to the carbon footprint than regions using renewable resources, such as Sichuan, China. The analysis also predicted that the environmental impact per miner will shrink if mining equipment becomes more efficient, use of renewable energy sources increases, or miners relocate to cooler climates, where less energy is needed to cool the computers. However, the overall number of miners is likely to continue increasing, at least in the short term, the researchers say.

The authors acknowledge funding from the Independent Research Fund Denmark.