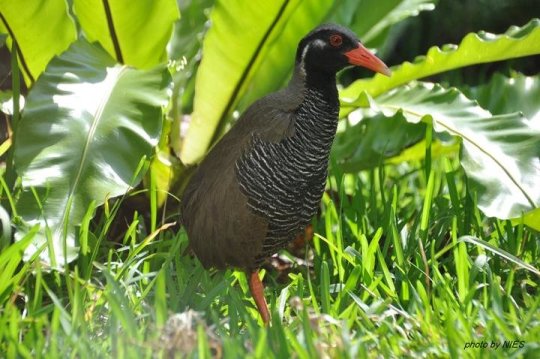 The number of critically endangered animals has been increasing in recent years. According to data from the International Union for the Conservation of Nature (IUCN), 1375 avian species are categorized as being endangered animals, and around 12% of the endangered species are avian. The conservation of endangered species is an important task for our next generation in order to maintain genetic diversity. The Okinawa rail, which is a species endemic to northern Okinawa Island, is an example of an endangered (EN) avian species. The Okinawa rail is categorized EN on the IUCN red list, because its individual numbers are estimated to be approximately 1500.

As part of the cellular conservation of endangered avian species, our group initiated a primary cell culture project aimed at preserving endangered avian species in Japan, such as the Okinawa rail. However, primary cells cannot be cultured indefinitely because of cellular senescence and stresses caused by cell culture. To overcome these cell culture limitations, primary cells have to be immortalized. Although immortalized cultured cells are useful for various functional assays or transcriptome analysis, highly efficient and reproducible immortalization methods have not been developed in avian-derived cells. We firstly introduced the simian Virus 40T antigen (SV40T) and human papillomavirus (HPV)-E6E7 to chick and Okinawa rail (endangered species) derived fibroblast. However, neither the SV40T nor E6E7 genes could induce avian cell immortality.

Materials provided by National Institute for Environmental Studies. Note: Content may be edited for style and length.