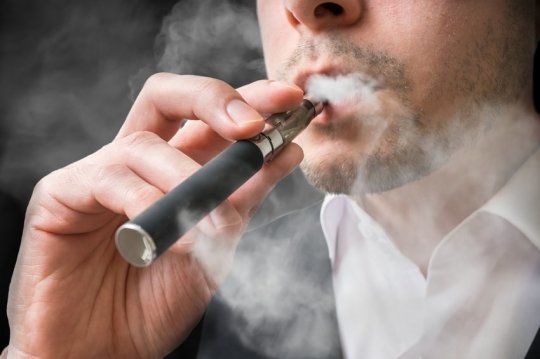 The vapour impairs the activity of alveolar macrophages, which engulf and remove dust particles, bacteria, and allergens that have evaded the other mechanical defences of the respiratory tract.

The findings prompt the researchers to suggest that while further research is needed to better understand the long term health impact of vaping on people, e-cigarettes may be more harmful than we think, as some of the effects were similar to those seen in regular smokers and people with chronic lung disease.

Vaping is increasing in popularity, but most of the current body of research has focused on the chemical composition of e-cigarette liquid before it is vaped.

READ  A funnel on Mars could be a place to look for life; finds new research

To find out how vaping might change this chemical soup, and what impact this might have, the researchers devised a mechanical procedure to mimic vaping and produce condensate from the vapour.

They extracted alveolar macrophages from lung tissue samples provided by eight non-smokers who had never had asthma or chronic obstructive pulmonary disease (COPD).

A third of the cells were exposed to plain e-cigarette fluid, a third to different strengths of the artificially vaped condensate with and without nicotine, and a third to nothing for 24 hours.

The results showed that the condensate was significantly more harmful to the cells than e-cigarette fluid and that these effects worsened as the ‘dose’ increased.

After 24 hours of exposure the total number of viable cells exposed to the vaped condensate was significantly reduced compared to the untreated cells, and condensate containing nicotine exaggerated this effect.

READ  Research: Producers of white colonies on kimchi surface, mistaken as molds, have been identified --

What’s more, the ability of cells exposed to vaped condensate to engulf bacteria was significantly impaired, although treatment with an antioxidant restored this function and helped lessen some of the other harmful effects.

The researchers conclude that the vaping process itself can damage vital immune system cells, at least under laboratory conditions.

“Importantly, exposure of macrophages to [e-cigarette vapour condensate] induced many of the same cellular and functional changes in [alveolar macrophage] function seen in cigarette smokers and patients with COPD,” they write.

In an accompanying podcast, lead author Professor David Thickett explains that many e-cigarette companies have been bought up by the tobacco giants, “and there’s certainly an agenda to portray e-cigarettes as safe.”

READ  Research: But the underlying mechanisms are likely to be different in the two groups --

While e-cigarettes are safer than traditional cigarettes, they may still be harmful in the long term, he says, as the current body of research is in its infancy and not able to answer that question yet.

“In terms of cancer causing molecules in cigarette smoke, as opposed to cigarette vapour, there are certainly reduced numbers of carcinogens. They are safer in terms of cancer risk, but if you vape for 20 or 30 years and this can cause COPD, then that’s something we need to know about,” he states.

“I don’t believe e-cigarettes are more harmful than ordinary cigarettes,” he concludes. “But we should have a cautious scepticism that they are as safe as we are being led to believe.”

Tech: “Alexa, go to the kitchen and fetch me a snack”