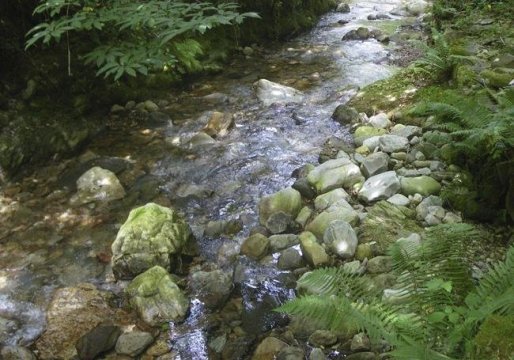 The European Union has set the deadline of 2021 for the development of Environmental Quality Standards and, in particular, for determining the threshold tissue concentration of hazardous chemical substances that can be tolerated by aquatic organisms and which pose a low risk for the preservation of their populations.

A study conducted in mining areas in Asturias by the Animal Ecotoxicity and Biodiversity group led by Dr Pilar Rodriguez, through collaboration between the Department of Zoology and Animal Cellular Biology and that of Genetics, Physical Anthropology and Animal Physiology of the UPV/EHU’s Faculty of Science and Technology, and the Limnology Laboratory at the University of Vigo has enabled progress to be made in this field and has proposed the ecological threshold concentration for 7 metals (cadmium, chromium, copper, mercury, nickel, lead and zinc) and two metalloids (arsenic and selenium). The study included a number of non-contaminated localities belonging to the reference network of the Nalón river basin as well as other highly contaminated ones. This is a basin with a long history of mining activities due to the high levels of metals naturally occurring in its rocks. “We selected this area because it is one of the areas in the Cantabrian region where the aquatic communities have a major problem of metal exposure,” explained Dr Pilar Rodríguez, member of the UPV/EHU’s Department of Zoology and Animal Cellular Biology.

Specifically, the study proposes the ecological threshold concentration for the 9 chemical elements using the measurements in the tissue of 10 invertebrate taxa present in reference sites, in other words, in places with a minimum or zero impact by contaminants, and whose ecological status was evaluated as good or very good. It involves, as Dr Rodríguez pointed out, “an innovative way of tackling the problem of Environmental Quality Standards; firstly, we selected the reference sites, and the 10 biomonitor taxa used to determine the metal bioaccumulation are the ones that tend to be found in both clean areas as well as in contaminated ones. “

The study of such a broad range of animal groups is also a salient feature of this research. “In this work we assessed the bioaccumulation of metals in invertebrate taxa representing a range of feeding habits (predators, deposit-feeders, scrapers, filterers and generalists) and different behaviour, as well. This factor also determines the degree of exposure to toxic substances that each organism has: for example, aquatic oligochaetes living in galleries in the sediment have maximum exposure to the contaminants associated with it, while most of the insect larvae are epibenthic, in other words, they live on the surface of the stones and may be exposed to the contaminants present in the algae if they feed on them, or on the particles in the water if they are filterers,” said the researcher.

By analysing the metal levels displayed by each biomonitor taxon in the reference sites, “the ecological threshold concentration was established for each taxon and each metal, in other words, the maximum concentration that allows the conservation status of the macroinvertebrate communities to be maintained at optimum levels,” she added. The ecological threshold concentration was established by means of the 90th percentile of the range of data gathered on each metal in each of the taxa. So, of all the organisms in which measurements were taken, only 10% would be above this established threshold. “Our proposal is that an early alert level be activated from this level of metal concentration upwards, as the probability of risk for river invertebrates would probably exist,” she remarked.

“Right now in our current research we are contrasting the ecological threshold concentration values with the bioaccumulated levels for the same invertebrate taxa in the sites of the Nalón basin subject to various levels of contamination,” said Dr Rodríguez. “An interval is expected to exist between the ecological threshold concentration and the associated minimum concentration for the effects measured in the aquatic communities (reduction in the specific wealth or in the abundance of sensitive taxa, etc.) which would provide us with a new limit in tissue concentration related to the existence of high environmental risk for the conservation of the community of aquatic macroinvertebrates.”

The data and information obtained so far can be directly applied to the management of the basin studied, that of the Nalón river. “Applying it in other basins in the Cantabrian area, including those in the Basque Country, is the next step and will call for a validation process with new data on metal bioaccumulation in invertebrates in the reference sites and contaminated ones from other basins, but we need funding to be able to do the necessary sampling and analysis,” she insisted.