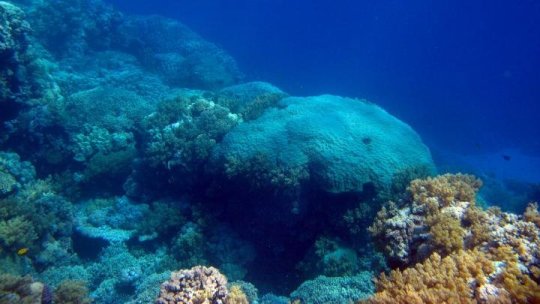 When it comes to understanding future climate, the south Asian summer monsoon offers a paradox. Most climate models predict that as human-caused global warming increases, monsoon rain and wind will become more intense — but weather data collected in the region shows that rainfall has actually declined over the past 50 years.

A new study from Woods Hole Oceanographic Institution (WHOI) may help explain this discrepancy. Using chemical data from corals in the Red Sea, scientists reconstructed nearly three centuries of wind data that provided a definitive, natural record of the monsoon’s intensity. The finding, published online March 28 in the journal Geophysical Research Letters, show that monsoon winds have indeed increased over the past centuries.

“The south Asian monsoon is incredibly important,” said Konrad Hughen, a paleoclimatologist at WHOI and co-author on the paper. “It’s one of the biggest climate systems on the planet, and supplies water for almost a billion people — yet we don’t fully understand its long-term behavior. It’s a very complicated system with lots of moving parts.”

The problem, he added, is that historic records of rainfall are based on limited points in space with high variability, and calculating averages across a broad region is difficult. Researchers have not yet had a way to verify those records, and have limited information about weather patterns before instrumental records began.

Hughen and his colleagues were able to uncover that information thanks to the behavior of the monsoon winds themselves. One branch of the monsoon moves predominantly west to east, crossing the Sahara desert in northeast Africa, where it picks up fine dust and clay in the process. Its winds are then funneled through the Tokar Gap, a narrow mountain pass in eastern Sudan, where the dust they contain spills out into the Red Sea.

The dust picked up in the Sahara contains a form of barium that dissolves easily in seawater. Each year, corals in the Red Sea incorporate part of that barium into their skeletons as they grow, trapping within them a record of how much wind and dust blew through the gap during summer monsoons for hundreds of years.

“The barium gives us a proxy for wind,” said Hughen. “The more barium we found in a layer of coral, the more wind was coming though the Tokar Gap during the year it formed. Based on those winds, we can calculate the location of the low pressure systems that caused them, and we found they were primarily over the Indian subcontinent. That confirmed the winds’ connection to the monsoon”

The data in the corals seems to prove that historic records of rainfall may be missing a broader picture, Hughen said. Stronger winds would have increased moisture traveling over the Indian subcontinent, despite records showing rainfall dropping off.

“It could be that those records simply missed some of the rainfall, especially in the past when they were less reliable” he said. “Rain is highly variable from one place to another. Sometimes it’s pouring just a few miles from an area that’s not as wet. When you’re recording rainfall at only a few fixed points, you might not be able to capture those sorts of spatial variations.”

The coral records show that the strength of the monsoon is in fact increasing with time — a trend that’s in keeping with existing climate models — but its variability from decade to decade is diminishing. This suggests that as the climate has warmed, monsoon circulation has become more stable, so extra-heavy winds and rains could be the “new normal” for future years rather than just an anomaly.

Also collaborating on the study were lead author Sean P. Bryan of Colorado State University and formerly a postdoctoral researcher at WHOI, J. Thomas Farrar of WHOI, and Kristopher B. Karnauskas of the University of Colorado, Boulder.