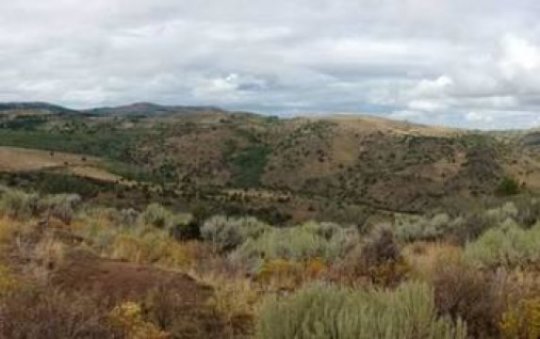 Tree canopies and the running streams below, or coral reefs and the ocean waters that flow around them, are interconnected components of a larger whole: an ecosystem. These ecosystem parts are in communication with one another, scientists have learned, via signals transmitted among earth, air and water.

This idea has led to new ways of tracking how precipitation alters interactions among the atmosphere, vegetation and soil, according to researchers reporting new findings this week in the journal Proceedings of the National Academy of Sciences.

“The results show the ways in which watersheds respond to precipitation disturbances, in this case rainfall and drought,” said Richard Yuretich, NSF CZO program director. “The information is important to predicting how ecosystems will respond to future extreme events.”

The researchers gathered data for changes in flows of heat, soil moisture and carbon — known as fluxes — before, during and after prolonged rainfall and droughts.

“These events send information through connected components of ecosystems, similar to the way information flows through telecommunication networks,” said scientist Praveen Kumar of the University of Illinois at Urbana-Champaign and a co-author of the paper.

“This kind of analysis is new to ecological and hydrologic studies and lets us study changes in the level of connectivity among different components, and whether responses are site-specific or common across different ecosystems,” Kumar said.

A particular aspect that made this study unique, the researchers said, was their ability to obtain data from multiple stations placed at varying elevations at each site.

Data collection stations are usually far apart from each other, which can make it difficult to perform comparative analyses, according to Kumar.

“At the Idaho site, we saw increased connectivity between the atmosphere and the soil in the period directly after rainfall,” said scientist Allison Goodwell of the University of Colorado, Denver, and lead author of the study. “At the Southern Sierra site, we found that heat and carbon fluxes responded to the drought in different ways, and that connectivity varied between high- and low-elevation sites.”

Although the field sites and data are from different ecosystems, time periods and weather disturbances, the study provides insights into how connectivity influences fluxes, the researchers said.

Stronger connectivity alters how rainfall affects moisture, heat and carbon fluxes in ecosystems, as well as the progression from early to late-stage drought.

Other researchers involved in the study were Aaron Fellows and Gerald Flerchinger of the U.S. Department of Agriculture.

Materials provided by National Science Foundation. Note: Content may be edited for style and length.