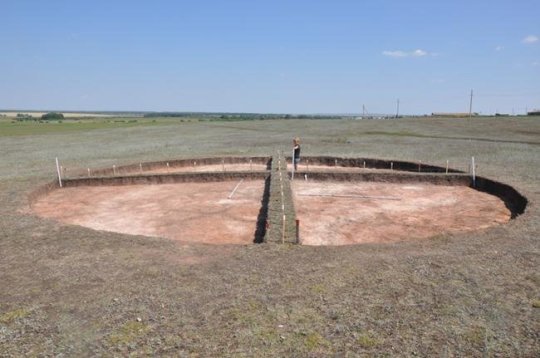 The genetic variation within the Scythian nomad group is so broad that it must be explained with the group assimilating people it came in contact with. This is shown in a new study on Bronze and Iron Age genetics of the Pontic-Caspian Steppe, situated in the Black Sea region. The article is published in the scientific journal Science Advances.

“There is so much genetic variation among the Scythians, it seems that you didn’t have to be born a Scyth to be a part of their community,” says Anders Götherström, Professor at the Department of Archaeology and Classical Studies, Stockholm University.

This is likely the strategy needed for the group to have been able to grow as fast, expand as vast and to remain established for as long as they did. The findings emphasize the importance of assimilation to maintain Scythian dominance around the Black Sea region.

“It also sheds light on their attitude towards conquered people. Scythians are often thought of as an extremely aggressive group, but their gradual genetic expansion show us that they were also a group prepared to interact with and take in new people. For example, in one burial ground we found individuals of different genetic background buried according to Scythian tradition. This tells us that Scythians seem to have incorporated people from other groups into their families and their community,” says Maja Krzewińska, researcher at the Department of Archaeology and Classical Studies, Stockholm University.

The Pontic-Caspian Steppe — a dynamic place

The vast area of the Pontic-Caspian Steppe region has worked as a motor for demographic events throughout Eurasia, especially in the western part of the meta-continent. Crucial events in European history and prehistory can be traced back to people of the Steppe. Including the invention of horseback riding, chariots, a new type of warfare and the spread of Indo-European languages.

“The Central Eurasian Steppe seems to have been a very dynamic place. An important geographical region which acted both as a melting-pot and a nursery of people, as well as communicative and technological innovations. This is where people met, shared ideas and genes. From this ‘pit-stop’ genes and ideas were spread from the East to the West,” says Gülşah Merve Kılınç, researcher at the Department of Archaeology and Classical Studies, Stockholm University.

Even though a couple of the groups had an early history somewhere else all the groups share genetic background and follow each other chronologically. The Cimmerians were displaced by the Scythians and those in return were followed by the Sarmatians.

“It’s not one group completely displacing another. The expansion process seems to have been more gradual. First from Altai to southern Urals, and thereafter further west. It suggests that the Pontic-Caspian Steppe served as a natural transition point and the source of western nomads, despite their cultural roots stretching further east,” says Maja Krzewińska.