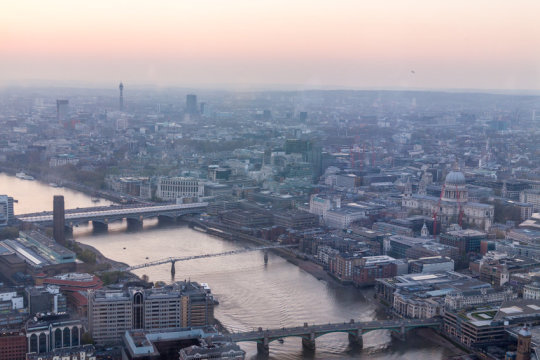 Air pollution is now an established risk factor for heart disease/stroke and respiratory disease, but its potential role in neurodegenerative diseases, such as dementia, isn’t clear.

To try and explore this further, the researchers used carefully calculated estimates of air and noise pollution levels across Greater London to assess potential links with new dementia diagnoses.

To do this, they drew on anonymised patient health records from the Clinical Practice Research Datalink (CPRD). This has been collecting data from participating general practices across the UK since 1987.

For the purposes of this study, the researchers focused on just under 131,000 patients aged 50 to 79 in 2004, who had not been diagnosed with dementia, and who were registered at 75 general practices located within the London orbital M25 motorway.

Based on the residential postcodes of these patients, the researchers estimated their yearly exposure to air pollutants-specifically nitrogen dioxide (NO2), fine particulate matter (PM2.5), and ozone (O3)-as well as proximity to heavy traffic and road noise, using validated modelling methods, validated with recorded measurements.

The health of these patients was then tracked for an average of 7 years, until a diagnosis of dementia, death, or deregistration from the practice, whichever came first.

During the monitoring period, 2181 patients (1.7%) were diagnosed with dementia, including Alzheimer’s disease.

These diagnoses were associated with ambient levels of NO2 and PM2.5, estimated at the patients’ homes at the start of the monitoring period in 2004.

Those living in areas in the top fifth of NO2 levels ran a 40 per cent heightened risk of being diagnosed with dementia than those living in the bottom fifth. A similar increase in risk was observed for higher PM2.5 levels.

These associations were consistent and unexplained by known influential factors, such as smoking and diabetes, although when restricted to specific types of dementia, they remained only for patients diagnosed with Alzheimer’s disease.

This is an observational study, and as such, can’t establish cause, and the findings may be applicable only to London. Nor were the researchers able to glean long term exposures, which may be relevant as Alzheimer’s disease may take many years to develop.

Many factors may be involved in the development of dementia, the exact cause of which is still not known, the researchers point out, and while there are several plausible pathways for air pollutants to reach the brain, how they might contribute to neurodegeneration isn’t clear.

But they suggest: “Traffic related air pollution has been linked to poorer cognitive development in young children, and continued significant exposure may produce neuroinflammation and altered brain innate immune responses in early adulthood.”

And they conclude that even if the impact of air pollution were relatively modest, the public health gains would be significant if it emerged that curbing exposure to it might delay progression of dementia.

Materials provided by BMJ. Original written by Emma Johnson. Note: Content may be edited for style and length.