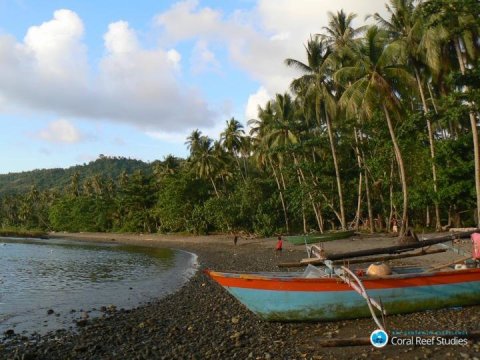 A new study has found that nearly half of fishers from seven countries had witnessed someone poaching in marine protected areas in the past year and most of them did nothing about it.

“Enforcement capacities are often limited, so managers are trying to encourage fishers to help out when they see someone breaking the law. But until now, we were uncertain about how fishers respond when they witness poaching.”

Fishers told researchers that they typically did one of four things after witnessing poaching: “do nothing,” “confront the poachers,” “report them to authorities,” or, in rare instances, “join the poachers.”

“Unfortunately, the most common response was to ‘do nothing,'” said Dr Bergseth.

“Nearly 80 percent of fishers on the GBR did nothing in response to the observed poaching,” said Dr Bergseth. “This means there is a substantial portion of fishers who managers might hope to engage in surveillance and reporting, given the growing concern over the health of the GBR.”

Co-author Dr Georgina Gurney said fishers offered a variety of the reasons for inactivity after witnessing poaching on the GBR.

“GBR fishers said that they did nothing when they saw others poaching mostly because they thought it wasn’t their concern or their responsibility, they were uncertain as to whether it was illegal fishing, or because of obstacles to reporting.”

In all of the other countries in the study, a desire to avoid conflict was the most common reason offered by fishers for inaction after witnessing poaching, said Dr Bergseth.

“This highlights the fact that dealing with poachers is potentially dangerous in some countries — defending environmental rights can be risky, but there are tools to greatly reduce or eliminate the risk.”

“The bad news is that apathy towards poaching in marine protected areas is widespread,” said co-author Dr Michele Barnes, “but the good news is that there are already many tools and programs to encourage citizens to report poaching and other types of crimes. These can be adapted and tailored to encourage fishers to take action against poaching in a responsible way that minimises risk to themselves.”

The research team found that people who agreed with marine protected area rules and who were included in the decision-making processes were more likely to report or confront poachers.

“We know that when fishers are engaged in the management process of marine protected areas they tend to follow the rules more often. Here, we show that empowering fishers can also encourage voluntary enforcement,” said Dr Barnes.

“Encouragingly, many of the fishers who took action did so because they held stewardship beliefs, or saw that poaching personally affected them. These ideas can be further reinforced and leveraged by managers to improve conservation outcomes,” said Dr Gurney.

“The reality is that fish stocks are almost certainly going to be increasingly depleted in the future, to the point where poaching will affect all of us,” said Dr Bergseth.

“Equipping fishers with this knowledge, and the resources to responsibly do something about it, may well be the deciding factor as to whether our kids enjoy the same resources we do,” he said.