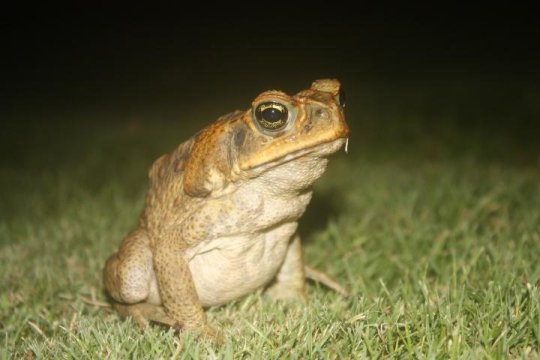 For some animals — such as beetles, ants, toads, and primates — short-term social isolation can be just as vital as social interaction to development and long-term evolution. In a review published July 17 in the journal Trends in Ecology & Evolution, two evolutionary biologists describe approaches for testing how an animal’s isolation might impact natural selection and evolution. This framework can help design more effective breeding, reintroduction, and conservation strategies.

Research on evolution typically focuses on the importance of social interactions, including parent-offspring bonding, competition for resources, and courtship and mating rituals. But Nathan Bailey at the University of St Andrews in Scotland and his colleague Allen Moore at the University of Georgia realized that isolation must then be an extreme condition worthy of equal attention.

“The environment an animal experiences can influence which genes it expresses, when, and how much, so conditions of social isolation might cause expression of different traits,” says Bailey. “This in turn could affect responses to natural selection in terms of survival and reproduction, which has evolutionary consequences. For some species, it might even mean that temporary social isolation is favorable.”

The invasive cane toad Rhinella marina of Australia, for instance, will venture off on its own to expand into new territory, but the isolation this causes drives an uncharacteristically strong attraction to members of the opposite sex upon the toad’s return to a social environment. This boosts the likelihood of both communication and successful mating, which are necessary for survival as the toads expand into new regions. This means that social isolation itself provides the conditions for natural selection to favor adaptations to cope with it.

Likewise, when poisoned, the European ant Temnothorax unifasciatus secludes itself from its kin until death. This eliminates contact with its nestmates, protecting them from the infection, ensuring its relatives’ survival, and overall lessening some of the costs associated with social living, such as spreading disease.

This duality of social interaction as both trait and environment merits further study, and Bailey and Moore propose gaining a more complete understanding of social isolation’s effects using a measurement termed the “index of social isolation.” The index would allow researchers to compare an animal’s ideal amount of isolation with how much it is actually experiencing.

To do this, researchers must first measure the optimal balance of interaction and isolation by testing individuals with different levels of each to find the best possible outcome in terms of survival and reproduction. Comparing this ideal to real observations will help determine whether animals are more or less isolated than they should be and ultimately allow for more effective designs for conservation strategies, reintroduction models, and breeding programs.

“To understand how short-term social isolation experienced by individual animals translates into trans-generational evolutionary impacts for a larger population, we need a number, something measurable that we can compare across different species and contexts,” says Bailey. “After all, isolation that has negative effects for one species could in fact be beneficial for another.”

This research was funded by the Natural Environment Research Council and the National Science Foundation.