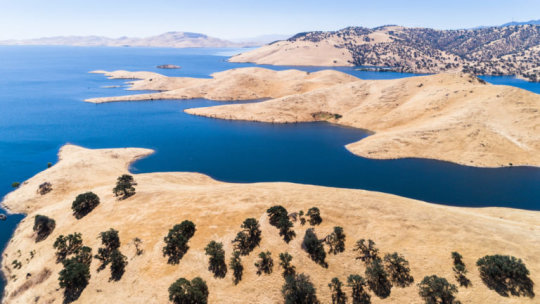 El Niño was long considered a reliable tool for predicting future precipitation in the southwestern United States, but its forecasting power has diminished in recent cycles, possibly due to global climate change. In a study published today in Nature Communications, scientists and engineers at the University of California, Irvine demonstrate a new method for projecting wet or dry weather in the winter ahead.

“The interhemispheric teleconnection that we have discovered promises earlier and more accurate prediction of winter precipitation in California and the southwestern U.S.,” said study co-author Efi Foufoula-Georgiou, UCI Distinguished Professor of civil & environmental engineering. “Knowing how much rain to expect in the coming winter is crucial for the economy, water security and ecosystem management of the region.”

The researchers called the new teleconnection the New Zealand Index, because the sea surface temperature anomaly that triggers it begins in July and August in the southwestern Pacific Ocean, close to New Zealand. As the sea surface temperature in the region cools down or heats up, it causes a change in the southern Hadley cell, an atmospheric convection zone from the equator to about the 30th parallel south.

This prompts a commensurate anomaly east of the Philippine Islands, which, in turn, results in a strengthening or weakening of the jet stream in the Northern Hemisphere, having a direct influence on the amount of rain that falls on California between November and March.

“With the New Zealand Index, we can predict from late summer the likelihood of above- or below-normal winter precipitation in the southwestern U.S., with a correlation in the order of 0.7 — compared to the El Niño-Southern Oscillation technique, which has a correlation around 0.3 to 0.4,” said lead author Antonios Mamalakis, a UCI graduate student in civil & environmental engineering. “Our research also shows an amplification of this newly discovered teleconnection over the past four decades.”

For the study, an interdisciplinary team of scientists analyzed sea surface temperature and atmospheric pressure in 1- and 2-degree cells around the globe from 1950 to 2015.

Mamalakis said the unexpected result was the discovery of persistent sea surface temperature and atmospheric pressure patterns in the southwestern Pacific Ocean that exhibited a strong correlation with precipitation in Southern California, Nevada, Arizona and Utah.

Climate researchers have traditionally relied on a few planet-spanning oceanic and atmospheric conditions to help them forecast future rainfall. Gradual changes in sea surface temperature in vast regions of the Atlantic and Pacific oceans, jet stream-influencing high-pressure ridges over the Gulf of Alaska, and the familiar El Niño-Southern Oscillation are all players in the precipitation prediction game.

But in recent years, strongly positive El Niño conditions did not bring a lot of rain to California, as they had in the past, while the usually arid state received heavy precipitation in the winter of 2017, considered a neutral El Niño season.

“Predicting drought in the southwestern U.S. is a critical issue for food production and local economies,” said Tom Torgersen, director of the National Science Foundation’s Water Sustainability & Climate program, which funded the research. “The discovery of an interhemispheric bridge that affects the winter U.S. jet stream holds the promise of improved precipitation predictability and drought forecasts.”