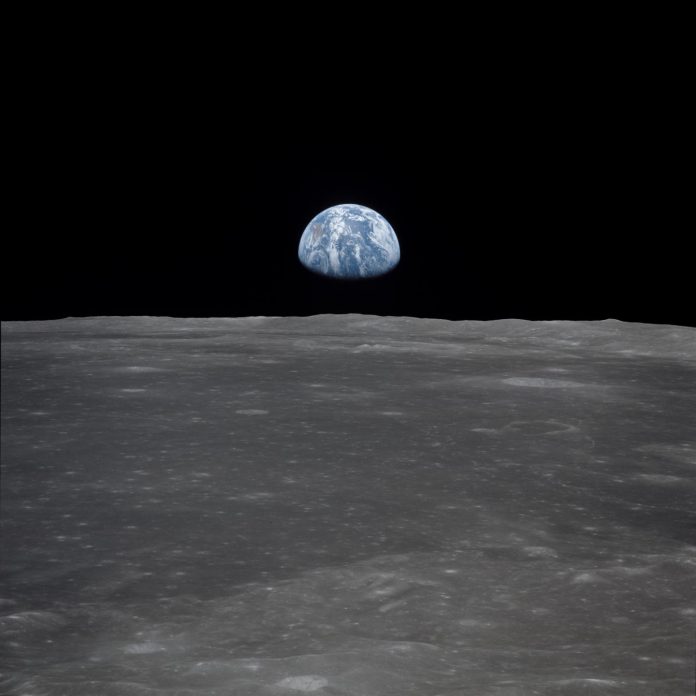 Life on Earth would not be possible without the Moon; it keeps our planet’s axis of rotation stable, which controls seasons and regulates our climate. However, there has been considerable debate over how the Moon was formed. The popular hypothesis contends that the Moon was formed by a Mars-sized body colliding with Earth’s upper crust which is poor in metals. But new research suggests the Moon’s subsurface is more metal-rich than previously thought, providing new insights that could challenge our understanding of that process.

Today, a study published in Earth and Planetary Science Letters sheds new light on the composition of the dust found at the bottom of the Moon’s craters. Led by Essam Heggy, research scientist of electrical and computer engineering at the USC Viterbi School of Engineering, and co-investigator of the Mini-RF instrument onboard NASA Lunar Reconnaissance Orbiter (LRO), the team members of the Miniature Radio Frequency (Mini-RF) instrument on the Lunar Reconnaissance Orbiter (LRO) mission used radar to image and characterize this fine dust. The researchers concluded that the Moon’s subsurface may be richer in metals (i.e. Fe and Ti oxides) than scientists had believed.

What does a change in recorded metal presence in the subsurface have to do with our understanding of the Moon? The traditional hypothesis is that approximately 4.5 billion years ago there was a collision between Earth and a Mars-sized proto-planet (named Theia). Most scientists believe that that collision shot a large portion of Earth’s metal-poor upper crust into orbit, eventually forming the Moon.

One puzzling aspect of this theory of the Moon’s formation, has been that the Moon has a higher concentration of iron oxides than the Earth–a fact well-known to scientists. This particular research contributes to the field in that it provides insights about a section of the moon that has not been frequently studied and posits that there may exist an even higher concentration of metal deeper below the surface. It is possible, say the researchers that the discrepancy between the amount of iron on the Earth’s crust and the Moon could be even greater than scientists thought, which pulls into question the current understanding of how the Moon was formed.

The fact that our Moon could be richer in metals than the Earth challenges the notion that it was portions of Earth’s mantle and crust that were shot into orbit. A greater concentration of metal deposits may mean that other hypotheses about the Moon’s formation must be explored. It may be possible that the collision with Theia was more devastating to our early Earth, with much deeper sections being launched into orbit, or that the collision could have occurred when Earth was still young and covered by a magma ocean. Alternatively, more metal could hint at a complicated cool-down of an early molten Moon surface, as suggested by several scientists.

According to Heggy, “By improving our understanding of how much metal the Moon’s subsurface actually has, scientists can constrain the ambiguities about how it has formed, how it is evolving and how it is contributing to maintaining habitability on Earth.” He further added, “Our solar system alone has over 200 moons – understanding the crucial role these moons play in the formation and evolution of the planets they orbit can give us deeper insights into how and where life conditions outside Earth might form and what it might look like.”

Wes Patterson of the Planetary Exploration Group (SRE), Space Exploration Sector (SES) at Johns Hopkins University Applied Physics Laboratory, who is the project’s principal investigator for Mini-RF and a co-author of the study, added, “The LRO mission and its radar imager Mini-RF are continuing to surprise us with new insights into the origins and complexity of our nearest neighbor.”

The team plans to continue carrying out additional radar observations of more crater floors with the Mini-RF experiment to verify the initial findings of the published investigation.

This research project was funded through the University of Southern California under NASA award NNX15AV76G.