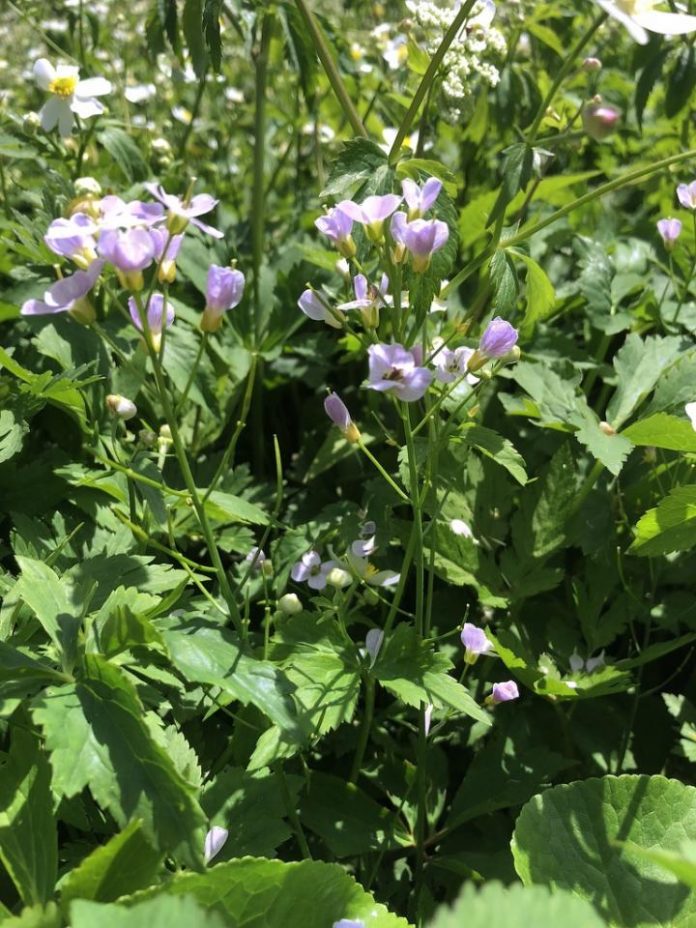 A new plant species named Cardamine insueta appeared in the region of Urnerboden in the Swiss alps, after the land has changed from forest to grassland over the last 150 years. The inheritance of two key traits from its parent plants enabled the newly emerged species to grow in a distinct environmental niche, as researches from the University of Zurich now show.

The emergence of a new species is generally thought to occur over long periods of time. But – as the example of the plant Cardamine insueta shows – evolution can also happen quite quickly. C. insueta, a new bittercress species first described in 1972, has only recently emerged in Urnerboden, a small alpine village in central Switzerland. It evolved just within the past 150 years due to environmental changes in the surrounding valley: when the local people cleared the forest and turned it into pasture land.

“C. insueta proves to be an exceptional case to directly analyze the genetic traits and environmental responses of a new species. In other words: to observe ‘evolution in action’, a main topic of the university’s corresponding University Research Priority Program,” says Rie Shimizu-Inatsugi from the Department of Evolutionary Biology and Environmental Studies at the University of Zurich (UZH). The plant biologists were now able to unravel the genetic mechanisms underlying the plant’s evolution.

C. insueta developed from two parent species with specific ecological habitats: while C. amara grows in and beside water streams, C. rivularis inhabits slightly moist sites. The land-use conversion from forest to grassland induced the hybridization of the two progenitors generating the new species that is found in-between the parents’ habitats with temporal water level fluctuation. “It is the combination of genetic traits from its parents that enabled the new species to grow in a distinct environmental niche,” says Shimizu-Inatsugi. In fact, C. insueta inherited one set of chromosomes from C. amara and two sets of chromosomes from C. rivularis. It therefore contains three sets of chromosomes making it a so-called triploid plant.

To characterize the responses to a fluctuating environment, the research team used high-throughput sequencing to analyze the time-course gene expression pattern of the three species in response to submergence. They found that the gene activity responsible for two parent traits were key for the survival of the new species in the novel habitat. First, C. insueta can clonally propagate through leaf vivipary, meaning it produces plantlets on the surface of leaves that can grow into new plants. It inherited the ability for asexual vegetative reproduction from C. rivularis. Since C. insueta is sexually sterile, it would not have been able to survive without this trait.

Second, C. insueta inherited the submergence tolerance from C. amara, since the genes responsible for this trait were active in both species. “The results show that C. insueta combined advantageous patterns of parental gene activity to contribute to its establishment in a new niche along a water-usage gradient. Depending on the environmental situation, the plant activates different set of genes it inherited from its two parent species.” says Rie Shimizu-Inatsugi.

This work is mainly funded by the University Research Priority Program “Evolution in Action: From Genomes to Ecosystems”, the Swiss National Science Foundation, Japan Science and Technology Agency, and the Human Frontier Science Program.