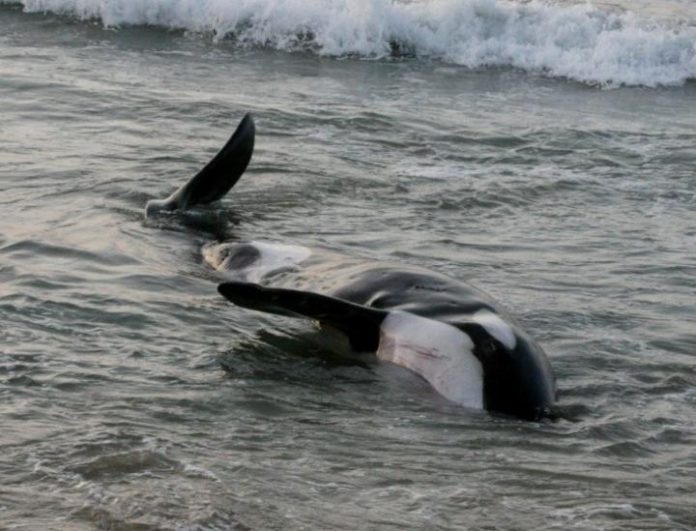 One of the first studies to analyze trends across orca necropsy reports reveals human activity as a cause of death for studied orcas across every age group, according to a study published December 2, 2020 in the open-access journal PLOS ONE by Stephen Raverty from the Ministry of Agriculture, Canada, and colleagues.

Though killer whales (Orcinus orca) range through every ocean on Earth, they live in diverse, geographically-distinct populations with unique feeding and living patterns. The northern and southern “resident” salmon-eating orca populations in the stretch of Pacific Ocean along Canada and the US have been classified as threatened and endangered, respectively. Protecting these–and all–orcas requires an understanding of orca mortality and population health. This study is one of the first to examine broader trends in orca mortality using necropsy data routinely collected when an orca is stranded and dies.

Raverty and colleagues reviewed necropsy reports from 53 orcas stranded in the eastern Pacific Ocean and Hawaii from 2004 to 2013, plus data from 35 additional orcas stranded from 2001 to 2017, to assess the associations between cause of death, body condition, and morphometrics/blubber thickness.

The authors were able to determine cause of death in 22 of the 53 cases (42 percent). Infectious disease and congenital malformations were the leading causes of death in orca calves. For sub-adults, mortality was due to infectious disease, trauma, and malnutrition. In full-grown adults, mortality was due to bacterial infections, emaciation and blunt force trauma. Deaths linked to human interaction were found in every age class. Other important findings included concurrent sarcocystosis and toxoplasmosis, uterine leiomyoma tumors as well as vertebral periosteal proliferations, bite wounds from cookiecutter sharks (Isistius sp.), excessive tooth wear, and an ingested fish hook. Orcas dead of trauma tended to score higher on the authors’ body condition index (indicating better overall health prior to death).

This study establishes a baseline for understanding health, nutritional status and causes of mortality in stranded killer whales. The results additionally indicate that addressing the impact of human interactions will be key for a successful recovery effort–especially for those orca groups living in close proximity to human populations, fishers, and transit shipping lanes. The authors also strongly recommend worldwide implementation of a universal objective body condition score for orca necropsy reports, which will give future researchers a more nuanced way to measure nutritional status than measuring blubber thickness alone.

“Nobody likes to think we’re directly harming animals,” said SeaDoc Society Director Joe Gaydos, a wildlife veterinarian with the Karen C. Drayer Wildlife Health Center in the UC Davis School of Veterinary Medicine. “But it’s important to realize that we’re not just indirectly hurting them from things like lack of salmon, vessel disturbance or legacy toxins. It’s also vessel strikes and fish hooks. That humans are directly killing killer whales across all age classes is significant; it says we can do a better job.”

Funding: Funding for this investigation was provided by through NOAA (including contracts AB133F14SE2820, RA133F15SE1521, 1305M218CNFFK0068 and 1305M219PNFFK0366) and indirectly through numerous grants to marine mammal stranding programs from the John H. Prescott Marine Mammal Rescue Assistance Grant Program.

Competing Interests: The authors have declared that no competing interests exist.

In your coverage please use this URL to provide access to the freely available article in PLOS ONE: https://journals.plos.org/plosone/article?id=10.1371/journal.pone.0242505