The Breakthrough Listen Initiative today (Friday, Feb. 14) released data from the most comprehensive survey yet of radio emissions from the plane of the Milky Way galaxy and the region around its central black hole, and it is inviting the public to search the data for signals from intelligent civilizations.

At a media briefing today in Seattle as part of the annual meeting of the American Association for the Advancement of Science (AAAS), Breakthrough Listen principal investigator Andrew Siemion of the University of California, Berkeley, announced the release of nearly 2 petabytes of data, the second data dump from the four-year old search for extraterrestrial intelligence (SETI). A petabyte of radio and optical telescope data was released last June, the largest release of SETI data in the history of the field.

The data, most of it fresh from the telescope prior to detailed study from astronomers, comes from a survey of the radio spectrum between 1 and 12 gigahertz (GHz). About half of the data comes via the Parkes radio telescope in New South Wales, Australia, which, because of its location in the Southern Hemisphere, is perfectly situated and instrumented to scan the entire galactic disk and galactic center. The telescope is part of the Australia Telescope National Facility, owned and managed by the country’s national science agency, CSIRO.

The remainder of the data was recorded by the Green Bank Observatory in West Virginia, the world’s largest steerable radio dish, and an optical telescope called the Automated Planet Finder, built and operated by UC Berkeley and located at Lick Observatory outside San Jose, California.

“Since Breakthrough Listen’s initial data release last year, we have doubled what is available to the public,” said Breakthrough Listen’s lead system administrator, Matt Lebofsky. “It is our hope that these data sets will reveal something new and interesting, be it other intelligent life in the universe or an as-yet-undiscovered natural astronomical phenomenon.”

“The SETI Institute will develop and install an interface on the VLA, permitting unprecedented access to the rich data stream continuously produced by the telescope as it scans the sky,” said Siemion, who, in addition to his UC Berkeley position, is the Bernard M. Oliver Chair for SETI at the SETI Institute. “This interface will allow us to conduct a powerful, wide-area SETI survey that will be vastly more complete than any previous such search.”

“As the VLA conducts its usual scientific observations, this new system will allow for an additional and important use for the data we’re already collecting,” said NRAO Director Tony Beasley. “Determining whether we are alone in the universe as technologically capable life is among the most compelling questions in science, and NRAO telescopes can play a major role in answering it.”

“For the whole of human history, we had a limited amount of data to search for life beyond Earth. So, all we could do was speculate. Now, as we are getting a lot of data, we can do real science and, with making this data available to general public, so can anyone who wants to know the answer to this deep question,” said Yuri Milner, the founder of Breakthrough Listen. 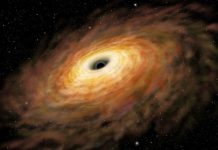 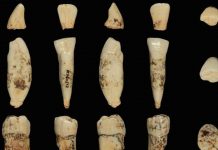 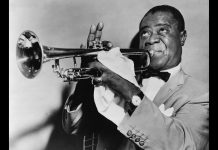