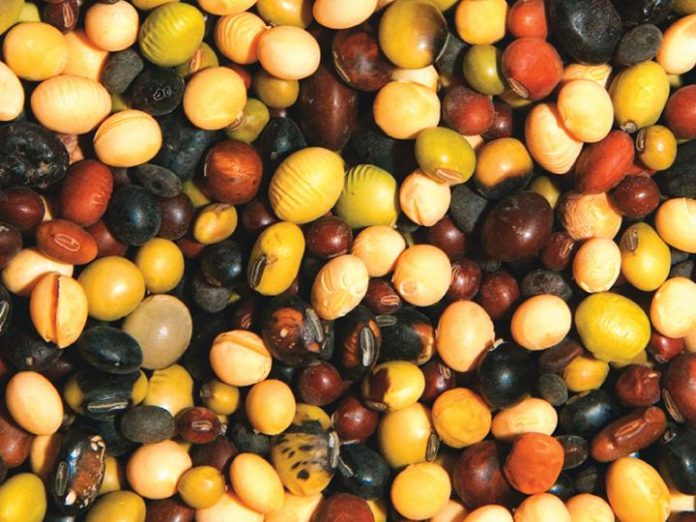 Food allergies are a big problem. About 7% of children and 2% of adults in the U.S. suffer from some kind of food allergy. These allergies cost a whopping $25 billion in health care each year. Then there’s the time lost at school or work. And there’s the risk of serious complications, even death.

It’s critical to find ways to reduce the suffering caused by food allergies. Food processing companies already spend a lot of effort to label products so people can avoid items they’re allergic to. But what if we could do better? What if we could enjoy the foods we like without worrying they might trigger a health crisis?

That’s the focus of Eliot Herman’s work. Herman has spent his career studying why plants trigger allergic reactions and how to reduce the chance of them being triggered. Herman is a member of the Crop Science Society of America and recently presented his work at the virtual 2020 ASA-CSSA-SSSA Annual Meeting.

“Food allergies are an important societal issue. By altering food and by treating sensitive individuals, this can be mitigated, improving their lives and impacting the total medical expenditure in the U.S.,” says Herman.

Herman focuses particularly on soybeans. Soybean allergies especially affect children and infants. And because soybean products like oil and protein are used in countless food products, it’s hard to avoid.

Earlier in his career, Herman found the protein made by soybeans that is responsible for most soybean allergies. Now, he has dedicated his work to understanding why this protein is so aggravating and how we can reduce it in the crop.

To do so, he’s turning to animal models. Pigs sometimes have a soybean allergy very similar to that of humans. Herman worked with a research team that bred pigs that are extra sensitive to soybeans. Testing new crops on allergic children wouldn’t be possible. But these pigs can be used to see how well plant breeders have done at removing allergenic proteins from soybean seeds.

That’s a feat that Herman has done not once, but twice. Previously, Herman partnered with the company DuPont to produce a line of soybeans that couldn’t make the most allergenic protein.

They made this soybean line using genetic engineering. This new soybean was a genetically modified organism (GMO), and there was also demand for a non-GMO soybean without the allergenic protein.

So Herman went back to the drawing board. He worked with his colleagues to find a line from the United States Department of Agriculture’s (USDA) national soybean collection that naturally didn’t make the allergenic protein. That means no genetic engineering would be necessary. They then crossed that line of soybeans with a more commonly grown soybeans to create a new, productive soybean with reduced allergic sensitivity.

“This new soybean is intended to be a low-allergen prototype to be tested as a conventional, non-GMO line to mitigate the allergic response for consumers,” says Herman.

The hypersensitive pigs can now be used to test if these low-allergen soybeans are safe enough for allergic individuals. That wouldn’t only be good for allergic people who want to safely eat more items from the grocery store. It would also be good news for animals.

Since pigs are often fed soybeans, a low-allergen soybean could reduce their own allergic response. Dogs also have a high prevalence of allergic reactions to soybean, which is used in some dog foods. So reducing the crop’s allergenicity would be good for man’s best friend, too.

“Food has been recognized as medicine since ancient times. By reducing soybean’s allergens, we hope to produce positive a medical outcome for humans and animals,” says Herman.

Eliot Herman is a professor of plant sciences and Bio5 Institute at the University of Arizona. This work was funded by United Soybean Board and the United States Department of Agriculture National Institute of Food and Agriculture.