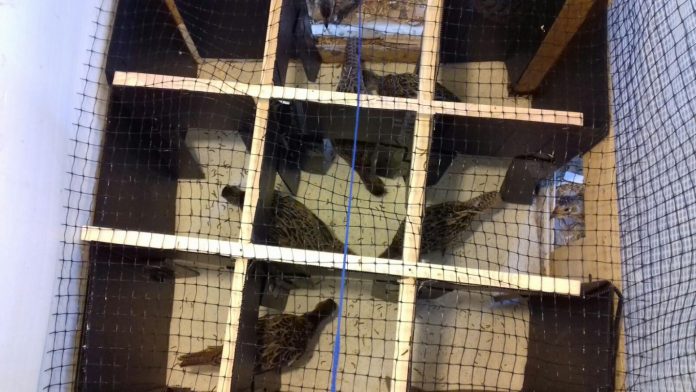 Pheasants fall into two groups in terms of how they find their way around – and the different types prefer slightly different habitats, new research shows.

University of Exeter scientists tested whether individual pheasants used landmarks (allocentric) or their own position (egocentric) to learn the way through a maze.

The captive-bred pheasants were later released into the wild, and their choice of habitat was observed.

All pheasants favoured woodland, but allocentric navigators spent more time out in the open, where their landmark-based style is more useful.

“Humans tend to use both of these navigational tactics and quite frequently combine them, but when animals are tested, they often seem to rely more on one or the other,” said Dr Christine Beardsworth.

“It is assumed that species favour whichever strategy suits their habitat, rather than using habitats which suit their strategy.

“Pheasants generally favour woodland, where an allocentric strategy is difficult because there are lots of trees close together, so it is hard to pick out landmarks.

“So, we might expect most pheasants to use an egocentric strategy – turning left, turning right or moving forward based on their own position and previous movements.

“However, in our study about half of pheasants reared in identical conditions used an allocentric strategy, while the other half used an egocentric or mixed strategy.”

In the experiments, 20 pheasants first learned how to navigate through a simple maze, then faced a rotated version.

By altering the orientation of the maze but keeping the placement of “landmarks” the same, including the position of a human observer, the scientists were able to establish the preferred navigation strategy of each pheasant.

The discovery of individual variation suggest pheasants are either born with an “inherent cognitive bias”, or develop one early in life.

Resulting differences in habitat selection may indicate that these biases help them to navigate more effectively in particular environments, perhaps outperforming other pheasants in relocating resources. However, it is not yet clear whether this is the case.

The research team included the Hebrew University of Jerusalem and Tel-Aviv University.

The work was funded by an ERC consolidators grant awarded to Dr Joah Madden.

The paper, published in the journal Ecology Letters, is entitled: “Is habitat selection in the wild shaped by individual-level cognitive biases in orientation strategy?”