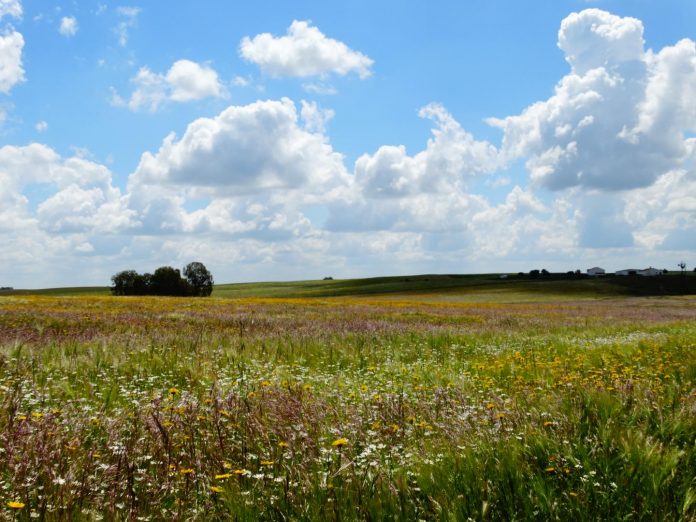 A new study warns that the last remaining habitat for several endangered bird species in Europe could reduce by up to 50 per cent in the next century as farmers convert land to more profitable crops and meet increased demand for products such as olive oil and wine.

Low intensive agricultural practices created semi-natural agro-steppes that hold important populations of great bustards, little bustards, lesser kestrels, rollers and other at risk bird species. In the early 2000s several of these sites were designated as Special Protection Areas (SPAs) for bird conservation and are part of the EU Natura 2000 network of priority areas for conservation.

Researchers at the University of East Anglia (UEA) and University of Lisbon assessed the effectiveness of Natura 2000, the world’s largest protected area network, at conserving Western Europe’s agro-steppes over a 10-year period. The regions in Iberia studied hold approximately a third – or 14-15,000 – of the world’s population of great bustards, Otis tarda.

Agro-steppes are characterised by the cultivation of cereal in a low-intensity rotating system. These low yield farmlands are being converted predominately to permanent and irrigated crops, which dramatically changes the open landscapes that provide resources for important bird populations.

Traditional olive groves and vineyards are occasionally used for feeding or resting by great bustards, little bustards or sandgrouses, but the modern versions of these and other permanent crops are intensively managed and inadequate for such birds.

If the current market pressure on agro-steppe habitat conversion is maintained, it may decline 20 per cent by 2050 and 40 per cent by 2110. Declines will be more severe if the demand for products derived from permanent or irrigated crops continues to increase. For example, with high demand for Mediterranean products such as olive oil and wine, agro-steppes within SPAs may soon be the only areas left to be converted.

The findings, published in the journal Biological Conservation, suggest the Natura 2000 network may have helped prevent losses of approximately 36,000 hectares of agro-steppe habitat in Iberia. However, of the 21 SPAs – four in Portugal and 17 in Spain – and surrounding areas surveyed agro-steppe area losses occurred across all sites. They were 45 per cent lower inside Natura 2000 compared to non-protected areas, although Natura 2000 sites still lost over 35,000 hectares of agro-steppe habitat in 10 years – an area that could hold more than 500 great bustards.

João Gameiro, a PhD student at the Centre for Ecology, Evolution and Environmental Changes (cE3c), University of Lisbon, led the study, which used aerial imagery to classify how agro-steppes have changed from 2004 to 2015. He said: “The Natura 2000 network is the centrepiece of Europe’s biodiversity conservation strategy and has enabled an important comeback of a very diverse range of mammals and birds, including the great bustard and the lesser kestrel.

“However, it is important to consider why losses occurred even within these protected sites. This will compromise the positive outcomes of past conservation efforts and, at the current rate of habitat conversion, agro-steppes could be reduced to 50 per cent of the present area during the next century.”

The researchers suggest that weak enforcement of the restrictions imposed by the protected area network, insufficient incentives to warrant the co-operation of farmers, and short-term habitat conservation measures, are likely to affect the success of Natura 2000 sites in the protection of other key habitats throughout Europe, especially in human-dominated landscapes where conservation may often compete with economic activities.

PhD co-supervisor Dr Aldina Franco, of UEA’s School of Environmental Sciences and Centre for Ecology, Evolution and Conservation, said: “Although ecological restoration has become a priority and a reality in Europe, we are still losing important priority habitats for conservation. This study highlights crucial insufficiencies that need to be addressed to realize the full potential of the network, halt biodiversity loss, and meet the goals of a new global biodiversity framework soon to be defined by the UN Convention on Biological Diversity.

“However, at the same time, we also need to allocate large areas of land to less intensive agricultural methods where human activities are compatible with the persistence of wider countryside species and deliver a variety of ecosystem services and resilience. Finding this balance is a challenge for humanity.”

The researchers also warn that the greater farmland conversions outside protected sites may transform the remaining agro-steppes into isolated ‘islands’ restricted to protected areas, with low population connectivity. Maintaining connectivity is important for population viability and to facilitate dispersal, which is particularly significant in light of climate change.

They add that in agro-steppes and other human-dominated landscapes, farmers may have to diversify their economic activities to remain economically viable, a process that should be funded by agro-environment financial methods.