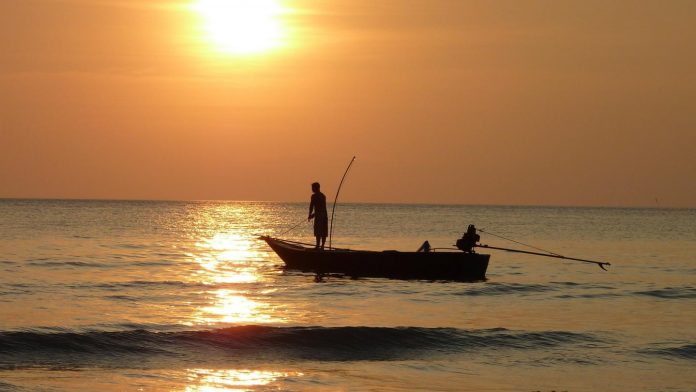 Mathematical modelling inspired by social media is identifying the significant impacts of warming seas on the world’s fisheries.

University of Queensland School of Veterinary Science researcher Dr Nicholas Clark and colleagues from the University of Otago and James Cook University have assembled a holistic picture of climate change’s impacts on fish stocks in the Mediterranean Sea.

“Usually, when modelling ecosystems to understand how nature is changing, we build models that only focus on the effects of the environment,” Dr Clark said.

“But it’s just not accurate enough.

“These innovative network models give us a more accurate picture of reality by incorporating biology, allowing us to ask how one species responds to both environmental change and to the presence of other species, including humans.”

The team used this technique to analyse fish populations in the Mediterranean Sea, a fisheries-based biodiversity hotspot with its future under threat from rapidly warming seas.

“Experts from fisheries, ecology and the geographical sciences have compiled decades of research to describe the geographical ranges for more than 600 Mediterranean fish species,” Dr Clark said.

“We put this information, along with data from the Intergovernmental Panel on Climate Change’s sophisticated climate models into our network model.

“We found that warming seas – particularly in winter – have widespread effects on fish biodiversity.”

The University of Otago’s Associate Professor Ceridwen Fraser said winter warming was often overlooked when people thought about the impacts of climate change.

“A great deal of research and media attention has been on the impacts of extreme summer temperatures on people and nature, but winters are getting warmer too,” Dr Fraser said.

“Interestingly, coastal water temperatures are expected to increase at a faster rate in winter than in summer.

“Even though winter warming might not reach the extreme high temperatures of summer heatwaves, this research shows that warmer winters could also lead to ecosystem disruption, in some cases more than hotter summer warming will.

“Our results suggest that winter warming will cause fish species to hang out together in different ways, and some species will disappear from some areas entirely.”

The researchers hope the study will emphasise the need to understand and address climate change.

“If fish communities are more strongly regulated by winter temperatures as our model suggests, this means that fish diversity may change more quickly than we previously thought,” Dr Clark said.

“Catches for many bottom-dwelling and open-ocean fishery species in the Mediterranean Sea have been steadily declining, so any changes to fish communities may have widespread economic impacts.

“For the sake of marine ecosystems and the people whose livelihoods depend on them, we need to gain a better understanding of how ocean warming will influence both species and economies.”