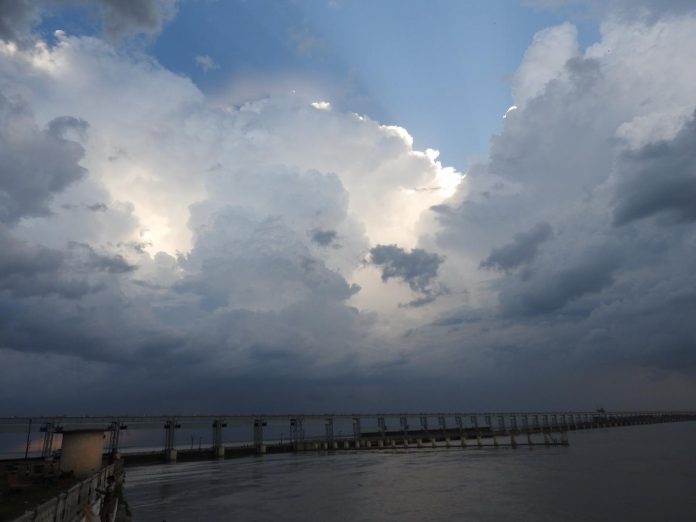 A new method could help to track groundwater changes better than before. To this end, researchers from Potsdam and Oberlin, Ohio (USA), have compared gravity field data from the GRACE and GRACE-Follow On satellite missions with other measuring methods. They investigated the seasonal water storage in almost 250 river basins in Asia, whose water regime is dominated by monsoon. The results allow the large-scale GRACE data to be scaled down to smaller regions. The researchers report on this in the journal Earth and Planetary Science Letters.

Knowledge of underground water storage is of existential importance for agriculture as well as for the drinking water supply in many regions. These reservoirs are replenished by precipitation and seeping water, which in turn feeds rivers and lakes and allows rivers to flow in dry seasons. Measurements, however, are difficult because it is difficult to look into the earth, so one has to rely on either point values only – via boreholes and wells – or on calculations from precipitation and runoff data.

Since 2002 there has been another method of measuring groundwater changes: Via the GRACE satellite missions (from 2002 to 2017) and GRACE-Follow On (since 2018), the change in the amount of water in and on the earth can be determined on the basis of its gravity field signal. But this method also has its pitfalls. First, the mass changes measured by the GRACE-FO satellites say nothing about the depth in which the mass is located: Do lakes empty at the surface? Is the level of rivers falling? Or does water drain from deeper layers? Secondly, the GRACE-FO satellites provide data for comparatively large areas of several tens of thousands of square kilometres. It is currently not possible to resolve the gravity field data more precisely.

In a new study, Amanda H. Schmidt from Oberlin College, Ohio, together with researchers from the German Research Centre for Geosciences, is showing how different methods can be cleverly combined to obtain reliable groundwater data even for small river basins. They have examined monsoon rainfall data and seasonal water storage in almost 250 river basins in Asia. The size of the individual areas varies from one thousand to one million square kilometres. The study covers almost all of Asia.

The water balance on our planet is characterized by three main variables: precipitation, surface runoff and evaporation. The difference of these goes into or flows out of various reservoirs, e.g. the groundwater. Time series of measuring stations on rivers (hydrographs) after persistent precipitation show typical falling curves (so-called recession curves), which reflect the emptying of water reservoirs. Groundwater fluctuations can be estimated from these curves. Another method is the comparison of precipitation and runoff values by the time delay of the runoff; the temporary intermediate storage results in a so-called P-Q hysteresis. P stands for precipitation and Q for runoff. The area or size of the hysteresis loop can be used as a measure for the intermediate storage.

The study in Earth and Planetary Science Letters now shows that the P-Q hysteresis and the gravity field data of GRACE missions are strongly correlated. According to the study, both reflect seasonal groundwater changes very well. As a consequence, this means that a combination of precipitation and runoff data and GRACE gravity field data can also be used to record groundwater in catchment areas that are only about 1000 square kilometres in size.

Scientists in the Geomorphology Section