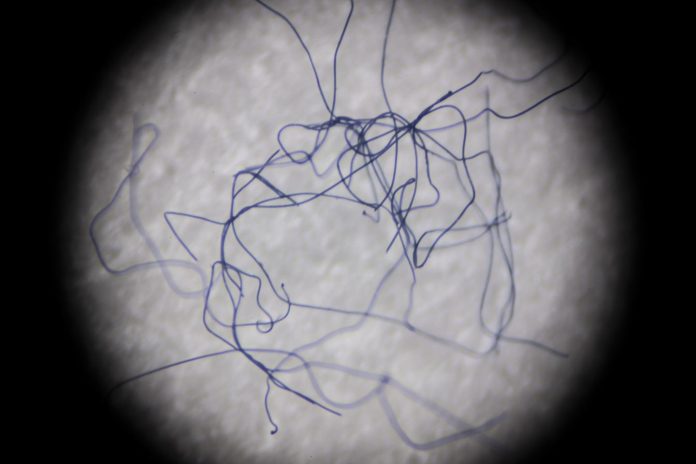 Using fibre-catching devices as part of the laundry process can dramatically reduce the amount of microscopic particles potentially entering the marine environment, according to new research.

A study conducted at the University of Plymouth compared the efficiency of six different devices, ranging from prototypes to commercially available products.

The most successful reduced the amount of fibres released into wastewater by almost 80%, suggesting there is considerable potential for them to have environmental benefits.

However, writing in Science of the Total Environment, researchers from the University’s International Marine Litter Research Unit say they will only ever be part of any solution.

A recent study at the University showed normal wear and tear when wearing clothes is just as significant a source of microplastics as release from laundering, while a report produced for Defra in May 2020 highlighted that fitting filters to washing machines could be less effective than changing fabric designs to reduce fibre loss.

As such, the current study’s authors say there is an ongoing need for scientists to collaborate with industry and policy makers to ensure improvements are made right from the design phase through to how clothes are washed.

The study was funded by the National Geographic Society and Sky Ocean Rescue.

Research Fellow and National Geographic Explorer Dr Imogen Napper, a Sky Ocean Rescue Scholar and the study’s lead author, said: “Fibres from clothing are among the key sources of microplastics, and companies are inventing ways which claim to reduce the amount of fibres which enter wastewater. We wanted to see how effective they were both in catching fibres, but also stopping clothes from shedding them in the first place. Our results show there is a huge variety between the devices available, with some significantly reducing the number of fibres released.”

They used a mesh to capture fibres entering wastewater, measuring the mass of particles generated without filters and then with three in-drum devices and three external washing machine filters.

The results showed the most effective device reduced the quantity of microfibres being released by 78%, while the least effective analysed in this particular study reducing it by 21%.

Professor Richard Thompson OBE, Head of the International Marine Litter Research Unit, was co- author on the study. In recent years, he has given evidence to both the UK Government’s Sustainability of the Fashion Industry inquiry and the recent OECD Forum on due diligence in the garment and footwear sector. He added: “Too often, the quest for fast fashion and market pressures means that appropriate environmental considerations are being sacrificed. If we are to achieve widespread and lasting change, it is essential for scientists to provide the independent evidence that demonstrates the scale of the problem as well as any potential solutions. Some of the devices we tested can undoubtedly reduce the fibres generated through the laundry process, but perhaps the most overarching change would be to design garments to last longer and shed less fibres in the first place.”

The University of Plymouth was recently presented with the Queen’s Anniversary Prize for Higher and Further Education for its pioneering research into microplastics pollution and its policy impact in the UK and globally.