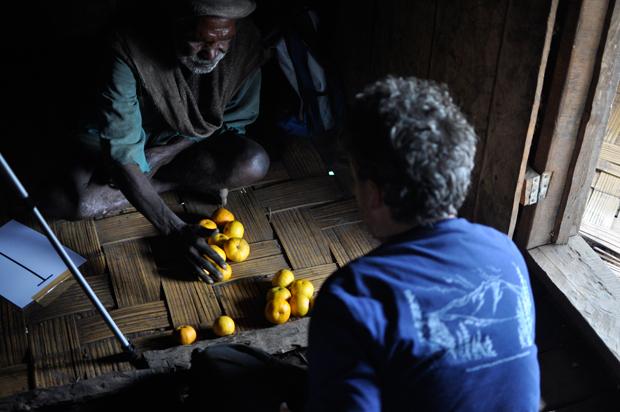 Humans use numbers and other quantifiers all the time. Our daily lives and our languages are packed with them, from symbols like “1,2, 3” that crowd our smartphones to expressions like “a lot” or “a gazillion.” But when, why and how quantification emerged and evolved is still poorly understood.

An ambitious new project – newly funded by the European Research Commission with a “Synergy” grant for 10 million euros (or $11.85 million) over six years – brings together researchers from four different institutions in Europe and the United States to explore the cognitive and cultural evolution of human quantification.

Titled “QUANTA,” the project is the first concerted effort to tackle quantification as a bio-cultural phenomenon and will combine insights from anthropology, linguistics, archaeology and cognitive science, supported by cutting-edge computational methods for data analysis and modeling.”

QUANTA’s four principal investigators are, in alphabetic order: Andrea Bender of the University of Bergen in Norway, Francesco d’Errico of the French National Center for Scientific Research (CNRS), Russell Gray of the Max Planck Institute for Evolutionary Anthropology in Germany, and, in the U.S., Rafael Núñez of the University of California San Diego.

The project will test two related hypotheses: that the conceptual breakthroughs which enabled the creation of numeral systems and other quantifiers co-evolved with the necessary cognitive tools, and that the various ways in which number concepts can be expressed (material, verbal, body-based and written) worked together to achieve this. By accounting for the cognitive tools and social factors surrounding the origins of quantification, QUANTA has implications for one of the most perplexing and paramount questions in human science: the emergence of symbolic behavior and language itself.

In the U.S., the team headed by Rafael Núñez will document and further investigate the current diversity in quantification found around the world, in both the industrialized cultures that we tend to take for granted and in cultures and languages that may be on the verge of extinction. The team plans to continue and expand their psycholinguistic experiments in the field, including in Aboriginal Australia, in Papua New Guinea and in the Amazon.

Núñez is a professor of cognitive science at UC San Diego and director of UC San Diego’s Embodied Cognition Laboratory. He studies high-level cognitive phenomena such as conceptual systems, abstraction, and inference mechanisms, and the biological and cultural phenomena that make them possible.

“This grant is an exciting opportunity to collaborate across disciplines such that our sum effort will be greater than its parts,” Núñez said. “We plan to not only give proper thought and respect to the various forms of quantification available on Earth today but also, I hope, gain deeper understanding of other ways of being human.”

QUANTA’s funding is part of the ERC’s annual Synergy Grant competition, which supports teams of researchers examining the most challenging questions in science. Established by the European Union in 2007, the ERC is the premier European funding organization for research across scientific frontiers. This year, 34 teams were awarded Synergy grants from more than 440 submitted proposals, making it one of the most competitive in ERC history, according to the ERC’s own announcement.