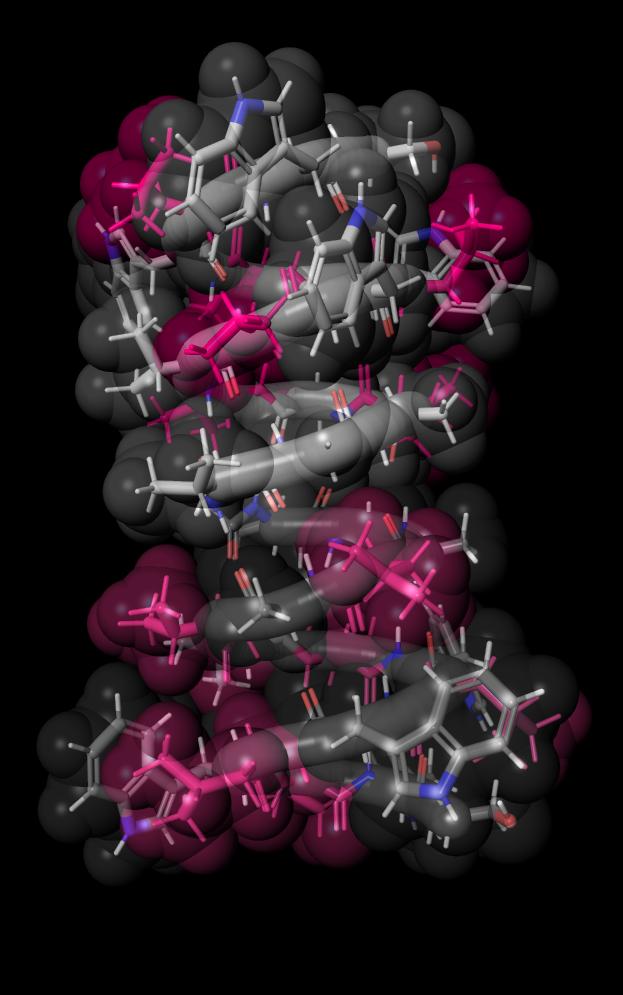 Physicians and scientists have long searched the natural world for chemicals that can improve human health. However, evolutionary selection optimized natural chemicals to benefit their host, not for safety or efficacy in humans. This mismatch inspired chemists at the University of Tokyo to alter useful natural products for better, safer use in people. Their approach has transformed one of the world’s oldest antibiotics into versions that – in preliminary lab tests – appear to be safer, stronger drugs.

Gramicidin A was originally discovered in soil bacteria and became the first commercially manufactured antibiotic in the early 1940s. It continues to be prescribed by doctors today as a topical cream or drops for some skin, eye and throat infections, but it cannot be used as a pill or injection. Gramicidin A kills bacteria by punching itself through the cell membrane, essentially allowing the cell to leak out and the world to leak in through nano-sized tunnels called ion channels. These unregulated ion channels wreak the same havoc on human cells when gramicidin A is used inside the body.

Now, a team from the University of Tokyo Department of Pharmaceutical Sciences has designed and analyzed over 4,000 gramicidin A artificial analogs.

“Usually, natural product synthesis is a very difficult, complicated task. There are many steps to make these large molecules and at the end, synthetic yields are very low, so synthetic approaches like the one bead-one compound synthesis we used are still uncommon with natural products,” said Assistant Professor Hiroaki Itoh, one of the authors of the research publication in Nature Communications.

Gramicidin A is a spiral of 15 amino acids, the building blocks of peptides, which are short proteins. Researchers strategically selected six of those amino acids that could be altered without losing essential aspects of gramicidin A’s normal structure. Each of those six amino acids could be exchanged with four different amino acids to change how the peptide bonds together, leading to a total of 4,096 variations.

The one-bead-one-compound synthesis technique begins with small glass beads serving as the foundation to attach the first amino acid. Researchers build the peptide by attaching more amino acids one at a time. Whenever they reach the point of an amino acid variation, they split the beads into equal portions corresponding to the different amino acids, then remix the beads and continue building the peptide.

After completing their synthesis, researchers placed each bead into its own container and analyzed the function of their new versions of gramicidin A.

“Actually, this was a fully manual operation. It was a struggle for the student in charge of the project, but she is a very hard worker and made a great accomplishment with this research. Considering the normal timeline of natural product chemistry, this was quick,” said Itoh. The student, Yuri Takada, who subsequently received her doctoral degree, is the first author of the research paper and is now working as a postdoctoral researcher at the University of Cambridge in the U.K.

Researchers began testing their new versions of gramicidin A for activity against the common bacterial infection streptococcus. The strongest performers were then assessed for their potential ability to not indiscriminately kill human cells by testing their reactions with rabbit blood cells and mouse leukemia cells.

These tests identified about 10 gramicidin A variations as promising future antibacterial drugs. The results also allowed researchers to identify how specific structural changes to the amino acids affect the overall function of the molecule. This foundational structure-function information is crucial for understanding why and how pharmaceuticals work.

Division for Strategic Public Relations, The University of Tokyo