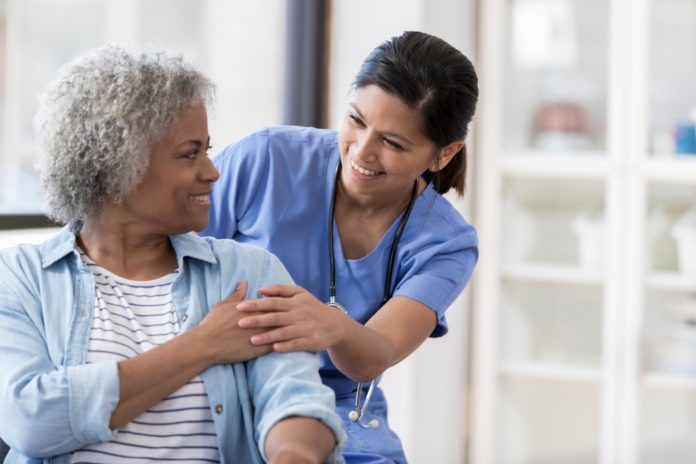 McLean Hospital’s Brent P. Forester, MD, MSc, is heading a new study of a training model to help primary care nurses better care for patients with dementia. Funded by a $54 million grant from the National Institute on Aging (NIA), the research effort is one of two pilot studies by the NIA’s IMPACT Collaboratory. IMPACT is an effort to improve the lives of dementia patients by conducting clinical trials within health care systems.

Forester, chief of McLean’s Center of Excellence in Geriatric Psychiatry, said the study will involve nurses in the Mass General Brigham (MGB) system who are part of care teams treating medically complicated individuals with dementia. The nurses will receive condition-specific training. Forester said, “We are going to modify existing training modules so that we can train nurses to be dementia care providers who can help with assessment, management, and coordination of care while providing support for family care partners.”

According to Forester, the idea for this study came about because the prevalence of Alzheimer’s disease is rising. Only about half of the 5.8 million people in the U.S. with Alzheimer’s disease have been diagnosed. “What’s missing is an ability to intervene early to prevent some of the later-stage complications of dementia,” Forester stated. “A number of models have been studied for identifying and coordinating care for people with dementia in primary care. Collaborative dementia care includes screening, assessment and disclosure of diagnosis, care planning, and supporting family members who are caring for patients at home.”

Forester said that he and his colleagues committed to creating a new model to better help patients with dementia and their families, as well as doctors and nurses. “We decided to take a model of care studied originally at UCSF (University of California, San Francisco),” he reported. He said that the UCSF model “reduced emergency room visits, health care costs, and improved quality of life for patients and caregivers because of improved efforts at diagnosis and treatment of dementia and support of care partners by the primary care team.”

With the new study, the researchers plan to test a similar model on dementia patients and staff across the MGB system. “We were interested in a model that is scalable in a large health care system like ours,” Forester said.

Forester said that remote interactions “could revolutionize the way we care for people with dementia.” He cited recent experience in using phone calls and virtual systems to tend to dementia patients during the COVID-19 pandemic. “From our own clinical experience since the pandemic began, we’ve seen that our ability to reach people with dementia in their home and in long-term care facilities may be greater than before,” he said. “These interactions have helped us support caregivers who can’t leave the house because they have to be there with their loved ones.”

Besides finding ways to ease the burdens on caregivers, the study could help health care professionals better coordinate care for dementia patients. “A lot of people with dementia are being seen by several doctors,” Forester explained. “One deals with the patient’s heart. One deals with the brain. One deals with the stomach. But they aren’t always in touch with each other and may prescribe medications that worsen memory and daily functioning.” Telephone-based care systems could make it easier for regular interactions between all doctors and nurses on a patient’s care team. “Part of our training will help nurses be attuned to why coordination of care is especially important for people with dementia and how better coordination might reduce some of the complications,” Forester said.

The first pilot study will be launched this summer. It will produce findings that will hopefully lead to the design of a large-scale implementation of an embedded trial across the MGB system. “We’re doing this one-year pilot to see if we can successfully implement this model here,” Forested stated. “If it is feasible and shows positive outcomes, NIA will invite us to apply for a larger, five-year, randomized controlled study to see if we can train people in the intervention and learn more about the impact it has on dementia patients.”

McLean Hospital has a continuous commitment to put people first in patient care, innovation and discovery, and shared knowledge related to mental health. In 2017 and 2018, it was named the #1 hospital for psychiatric care in the United States by U.S. News & World Report. McLean Hospital is the largest psychiatric affiliate of Harvard Medical School and a member of Mass General Brigham. For more information, please visit https://www.mcleanhospital.org/ or follow us on Facebook or Twitter.