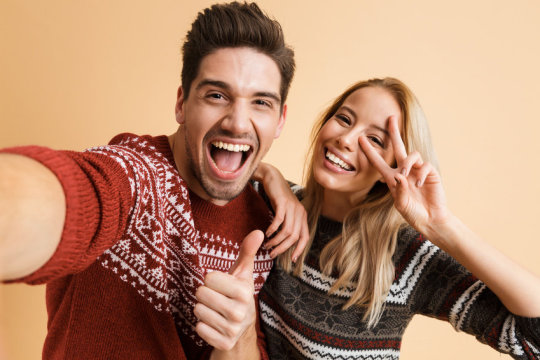 Men with a greater range of personality traits, especially those deemed extraverted, emotionally stable, agreeable or conscientious, have sex more often and produce more children, according to a new QUT study.

Their paper — Do certain personality traits provide a mating market competitive advantage? Sex, Offspring & the Big 5 — has just been published in the international journal Personality and Individual Differences.

Dr Whyte said they collected their data from the online Australian Sex Survey of 2016 in which participants were asked a range of socio-demographic questions, as well as given a mini-marker BIG 5 personality test.

“Throughout history, competitive advantages have helped men and women achieve increased success in their occupation, sport, artistic endeavours, their ability to acquire and secure resources, and ultimately, their survival,” Dr Whyte said.

“However, little is known about the advantages, or disadvantages, personality traits provide in relation to sexual activity and offspring success. Science doesn’t really have a firm understanding around how personality traits influence human mating and reproductive behaviour, and particularly whether certain personality types are favoured by either males or females.

“Only those who identified as heterosexual were included in our analysis which gave us a sample of close to 3,000 males and 1500 females.

“We found key personality differences between the sexes in both sexual frequency and offspring success. Compared to females, males report a larger number of personality factors that influence such outcomes, which explains a greater proportion of the variation in sexual activity.

“For both men and women, extraversion equated to greater sexual frequency.

Dr Whyte added that certain combinations of the BIG 5 traits, including high extraversion and low openness, also appeared to be related with increased offspring for males, while only more agreeable females had more children.

“Our findings suggest that the greater variance in male traits and their particular combinations may provide an advantage for them when it comes to sex and reproduction but that doesn’t appear to be the case for the women we analysed,” he said.