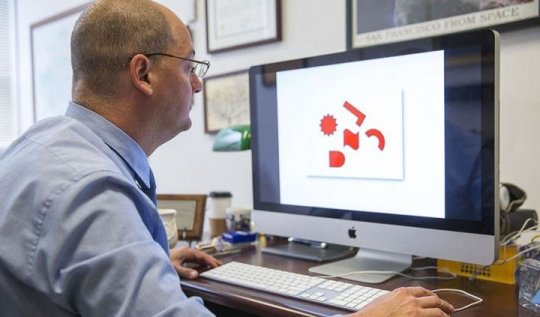 Think you’re totally in control of your thoughts? Maybe not as much as you think, according to a new San Francisco State University study that examines how thoughts that lead to actions enter our consciousness.

While we can “decide” to think about certain things, other information — including activities we have learned like counting — can enter our subconscious and cause us to think about something else, whether we want to or not. Psychologists call these dispositions “sets,” explains SF State Associate Professor of Psychology Ezequiel Morsella, one of four authors on a new study that examines how sets influence what we end up thinking about.

Morsella and the other researchers conducted two experiments with SF State students. In the first experiment, 35 students were told beforehand to not count an array of objects presented to them. In 90 percent of the trials, students counted the objects involuntarily. In a second experiment, students were presented with differently colored geometric shapes and given the option of either naming the colors (one set) or counting the shapes (a different set). Even though students chose one over the other, around 40 percent thought about both sets.

“The data support the view that, when one is performing a desired action, conscious thoughts about alternative plans still occupy the mind, often insuppressibly,” said Morsella.

Understanding how sets work could have implications for the way we absorb information — and whether we choose to act or not. We think of our conscious minds as private and insulated from the outside world, says Morsella. Yet our “insulation” may be more permeable than we think.

“Our conscious mind is the totality of our experience, a kind of ‘prime real estate’ in the cognitive apparatus, influencing both decision-making and action,” Morsella said.

The new study demonstrates that it’s actually quite easy to activate sets in people and influence what occupies the brain’s “prime real estate.”

“The research shows that stimuli in the environment are very important in determining what we end up thinking about and that once an action plan is strongly activated its many effects can be difficult to override,” said Morsella.

The study’s findings support Morsella’s passive frame theory, which posits that most thoughts enter our brains as a result of subliminal processes we don’t totally control.

Materials provided by San Francisco State University. Note: Content may be edited for style and length.