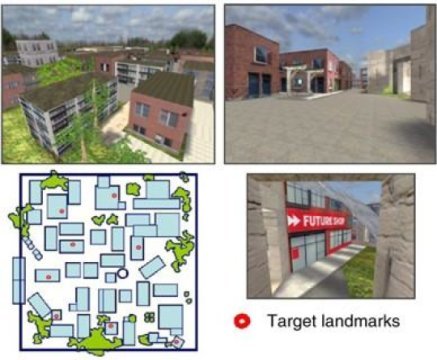 People who have better spatial memory are also better at identifying odors, according to a study published this week in Nature Communications. The study builds on a recent theory that the main reason that a sense of smell evolved was to aid in navigation, since most animals rely primarily on smell to find food and avoid predators. The McGill research team, led by Véronique Bohbot from McGill’s Department of Psychiatry and the Douglas Mental Health University Institute, hypothesized that if this were indeed the case, there would be a strong link between navigation and olfaction. The researchers were able to show, for the first time, that similar regions of the brain (the hippocampus and the medial orbitofrontal cortex) are involved in these seemingly very different activities. They also discovered that the medial orbitofrontal cortex (mOFC), which is known to be involved in olfaction, is also critical to spatial memory.

To test the correlation between spatial memory and the sense of smell, 57 participants (all young men and women) were asked to do a couple of different tasks relating to spatial memory. In one, they were given about 20 minutes to explore a virtual city, travelling down every street and passing key landmarks (schools, a pool and shops). They were then asked to find direct routes between some of the landmarks. Participants were then asked to identify 40 different smells, ranging from basil to strawberry or cinnamon.

The researchers used structural MRIs to look at various regions of the brain known to be related to olfaction and spatial memory and found that participants who were good at both spatial navigation and identifying smells tended to have a bigger right hippocampus (an area of the brain known to be involved in long-term memory) and a thicker left mOFC.

Since the mOFC, while known to be critical for olfaction, had not yet been found to be associated with spatial navigation, the researchers then confirmed their results through another experiment involving nine people with damage in this area of the brain. They found that patients with mOFC damage exhibited both olfactory and spatial memory deficits, while patients with damage elsewhere in the brain did not exhibit these deficits.

“We weren’t sure, going in, that we would find that people who were better at identifying smells would also be good at navigating,” says Louisa Dahmani, who did the research during her doctoral work at McGill, and is currently doing a post-doc at Harvard. “So the results came as a real surprise.”

Véronique Bohbot, the senior author adds: “The fact that both functions seem to rely on similar brain regions supports the idea that they were systems in the brain that were evolving at the same time — though this is theory, rather than anything we set out to show in this paper. All we can say for sure is that we now know a bit more about the brain systems involved in both navigation and olfaction.”