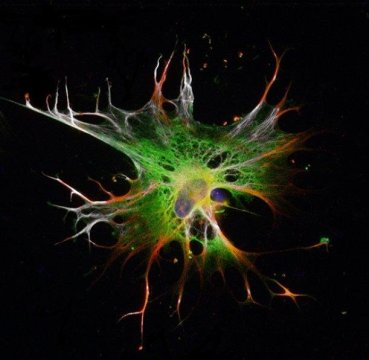 Researchers at Lund University in Sweden have developed a faster method to generate functional brain cells, called astrocytes, from embryonic stem cells. Astrocytes play a significant role in neurodegenerative diseases. The new method reduces the time required to produce the cells from months to two weeks, and the study has been published in Nature Methods.

“This means that it is now easier than before to study the role of astrocytes in various diseases,” says Henrik Ahlenius, who led the research team.

Even though the presence in our brain of the star-shaped glial cells, known as astrocytes, has been known for a long time, it has only recently been discovered how significant these brain cells actually are. Instead of only having a support function, as previously thought, the cells play an important role in the normal brain and in conditions such as dementia diseases and ALS.

One challenge that researchers have faced is the difficulty in obtaining human astrocytes to study. There are ways to grow astrocytes in the lab, but it has taken a long time and proved difficult, expensive and complicated. Until now.

“Previous methods have succeeded in producing human astrocytes from embryonic stem cells, but it has taken months. Using our method, it takes one to two weeks to produce large amounts of fully functional human astrocytes,” says Henrik Ahlenius.

“Many researchers have previously used embryonic stem cells to generate astrocytes, but these methods have attempted to mimic the normal development of an embryo’s stem cell when developing an astrocyte in an individual, which requires a time-consuming and complicated approach,” says Henrik Ahlenius.

The astrocytes produced from the embryonic stem cells are very similar to the astrocytes in the brain of adult humans, in terms of appearance, genetic profile and function.

The cells’ use in studying diseases of the brain has been shown by the research team through employing CRISPR-Cas9, popularly known as gene editing, to insert a mutation in the embryonic stem cells that gives rise to the serious brain condition Alexander disease. They subsequently used the new method to change healthy and mutated stem cells into astrocytes.

When the researchers compared the astrocytes, it was shown that cells with the mutation exhibited several defects previously known to be present among those suffering from Alexander disease. “Using this approach of combining CRISPR-Cas9 and our method to rapidly grow human astrocytes provides improved possibilities to study the role of astrocytes in various neurological diseases,” says Henrik Ahlenius.

The research team’s main focus is studying age-related neurodegenerative diseases such as dementia and Alzheimer’s, and the next step will be to use the method to examine the significance of astrocytes in these diseases.