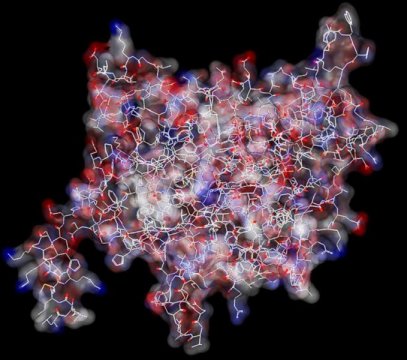 For decades, metformin has been the first-line drug in the treatment of type 2 diabetes, lowering blood glucose levels by inhibiting glucose production in the liver. Metformin also improves glucose uptake and use by muscle tissue.

The effect of metformin on hepatic glucose production is most likely transmitted through the mitochondrial respiratory chain. However, up to now the mechanism through which the drug increases glucose uptake in muscle tissue has been unknown.

A research group led by Professor Sanna Lehtonen at the University of Helsinki has now demonstrated in cell cultures and in an animal model that metformin directly binds to the lipid phosphatase SHIP2, reducing its activity. The reduction in SHIP2 activity increased glucose uptake in muscle cells and decreased cell death in podocytes, or glomerular epithelial cells.

The lipid phosphatase SHIP2 suppresses the insulin signalling pathway. Prior studies have demonstrated through animal models that individuals suffering from diabetes have elevated levels of SHIP2 in their kidney, muscle and adipose tissue. This reduces the ability of tissue to react to insulin signalling and reduces its glucose uptake. Elevated SHIP2 concentration also increases programmed cell death in podocytes.

In addition to an animal model, Lehtonen’s group utilised patient samples in the study. Their analysis revealed that in patients with type 2 diabetes who were not taking metformin, SHIP2 activity in the kidneys was elevated, in addition to which their podocyte loss was remarkable. In patients taking metformin, SHIP2 activity did not deviate from people without diabetes, while podocyte loss was also lower than in patients using another drug therapy.

“Our results indicate that the lipid phosphatase SHIP2 has a significant role in regulating glucose metabolism and cell death in podocytes. So, regulating SHIP2 activity with metformin or another suitable pharmaceutical agent is crucial in managing type 2 diabetes and particularly in preventing related diabetic kidney disease,” Lehtonen says.

Metformin’s mechanism of action is being enthusiastically investigated due to its diverse effects on the body, making it potentially useful in treating diseases other than diabetes in the future. Better understanding of the mechanism also helps target the therapy precisely to those patient groups that will benefit from it.

“Combined with the research results published last spring by Professor Leif Groop and Docent Tiinamaija Tuomi, the findings of my group highlight the significance of metformin in treating a certain group of patients with diabetes,” Lehtonen states.

Based on the study conducted by Groop and Tuomi (Ahlqvist et al., Lancet Diabetes Endocrinol. 6: 361-, 2018), a proposal has been made to classify diabetes into five different subgroups, one of which would be severe insulin-resistant diabetes. Patients with this type of diabetes are at an exceptionally high risk of also contracting diabetic kidney disease. The researchers estimate that it would be this group in particular that would benefit from metformin.

The results gained by Lehtonen’s group support this view.

“Our findings prove that metformin could protect patients from renal damage by suppressing SHIP2 activity. This introduces a new, direct mechanism of action, through which metformin protects the kidneys from damage.

According to a recent finding, metformin impacts metabolism also by affecting the gut microbiota,” Lehtonen points out.

Identifying new mechanisms of action can expand metformin’s indications for use outside diabetes in treating, among other disorders, cancer and cardiovascular diseases — research is already underway in these fields — as well as in regulating aging.

“Our new study highlights SHIP2’s significance as a drug target. Prior studies support this notion, but knowing that the most common diabetes drug acts precisely through SHIP2 encourages us to find new SHIP2 inhibitors that are more effective than metformin,” Lehtonen says.

Diabetes is one of the diseases that are gaining in prevalence the fastest, both in Finland and globally.