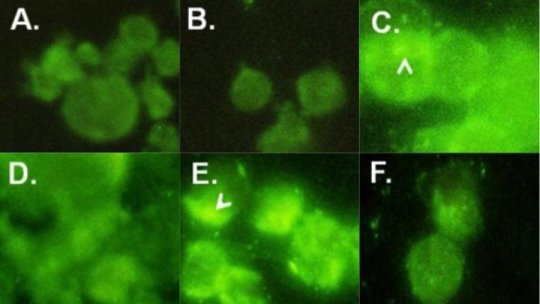 Johns Hopkins researchers have identified a protein involved in cell proliferation and the development of new blood vessels that could serve as a marker for the early detection of colorectal cancers.

In laboratory studies, investigators found that expression of the protein, called beta-1,4-galactosyltransferase-V (beta-1,4-GalT-V), was increased in human colorectal cancer tumor cells compared with normal tissue. They also observed an increase in this protein’s activity and in its product lactosylceramide, a fat that can produce superoxides, which lead to an increase in new cells and blood vessels that cancers can use to spread. Inhibiting the protein and its byproducts halted colorectal cancer cell proliferation. These results were published online in the Nov. 28 issue of the journal Biochemical and Biophysical Research Communications.

The findings demonstrate that and lactosylceramide could be added to a growing list of biomarkers such as NMT1, APC and TP53 in blood tests for colorectal or potentially other cancers to increase their success at early detection of disease, says lead study author Subroto B. Chatterjee, M.S., M.Sc., Ph.D., a professor of pediatrics and a specialist in vascular biology at the Johns Hopkins University School of Medicine.

Colorectal cancer affects more than 1.4 million people worldwide, causes over 690,000 deaths and is third in prevalence of all cancer types, the authors noted. Screening colonoscopies usually don’t begin until a person turns 50, Chatterjee says. One of the most common screening tests used is a stool test for colorectal cancer that is based on DNA technology. Outcomes from such tests must be accompanied by a colonoscopy. “So, there is a great need for reliable biomarkers for early-stage diagnosis of colorectal cancer,” adds Chatterjee.

For this research, Chatterjee and colleagues conducted a number of laboratory experiments to study. First, they acquired 24 tissue samples archived at Johns Hopkins from colorectal cancer patients to test the samples’ response to antibodies against beta-1,4GalT-V, finding strong reactivity. An ELISA (enzyme-linked immunosorbent assay) test to detect and measure antibodies in 21 of these samples found an approximately 6.5-fold increase of beta-1,4GalT-V in colorectal cancer tissues compared with visibly normal areas within the same samples. Investigators also noted a 2.25-fold increase in lactosylceramide synthase activity in colorectal cancer samples compared with normal colon cells. Additional testing found elevated expression of several genes previously associated with colorectal cancer, such as APC, TP53 and NMT1, in the samples.

An earlier study by Chatterjee’s group published in 2013 in the journal PLoS One demonstrated that daily treatment with D-PDMP (D-threo-1-phenly-2-decanoylamino-3-morpholino-1-propanol), an inhibitor that targets cancer pathways, for four weeks halved the size of kidney tumors in mice, by inhibiting the activity and mass of beta-1,4GalT-V. So investigators also tested lab-grown human colorectal cancer cells called HCT-116 cells and treated them with D-PDMP. They found that over the course of 24 to 96 hours, cells treated with D-PDMP showed a marked reduction in beta-1,4GalT-V (compared with untreated cells used as a comparator) and an increase in cell death.

“This provides evidence that beta-1,4GalT-V is a target for cell proliferation, and that we can block the cycle of cell proliferation by using this D-PDMP compound, at least in cell-based testing,” Chatterjee says. “It shows the potential for the application of this compound in perhaps multiple types of cancers.”

The study was supported by a grant from The National Heart, Lung, and Blood Institute under grant number P01-HL-107153-01.