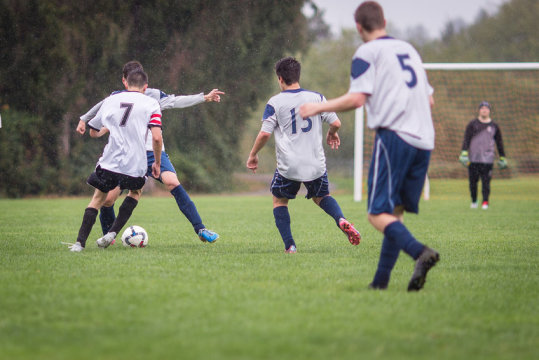 More time spent intensely active, to a greater extent than less time spent sedentary, correlates with a healthier metabolic profile in adolescence, according to a study published this week in PLOS Medicine. The study, conducted by Joshua Bell and colleagues from the University of Bristol, United Kingdom, also suggests that the metabolic effects of physical activity, if causal, largely depend on recent engagement in such activity.

While links between physical activity and metabolic traits are known, most prior studies have lacked longitudinal data on objectively measured activity to examine the dynamic nature of these links. In their study of 1,826 participants of the Avon Longitudinal Study of Parents and Children (ALSPAC) cohort, Bell and colleagues used accelerometry to examine physical activity on 3 separate occasions across adolescence — when aged 12y, 14y, and 15y — in relation to over 200 detailed metabolic traits at age 15y. This allowed the researchers to compare the importance of current activity, longer-term activity, and change in activity, and to examine whether potential benefits of current activity depend on previous activity. The metabolic traits included blood pressure, blood lipids, glycaemic factors and inflammatory markers. Study limitations included modest sample sizes and relatively short durations of accelerometry measurement on each occasion (3 to 7 days).

The researchers found that, generally, higher current total activity was associated with favourable metabolic trait levels including lower VLDL and remnant cholesterol, higher HDL cholesterol, lower triglycerides, and lower inflammatory factors; and that these did not vary according to previous activity levels. Patterns were similar for longer-term total activity (based on an average across 3 occasions) and for moderate-to-vigorous physical activity.

Effect sizes for physical activity were quite small — about half the size seen for BMI with these same metabolic traits in other studies. Current activity was most strongly associated with cholesterol and triglycerides in HDL and VLDL particles (e.g. -0.002 mmol/l or -0.18 SD-units; 95% CI=-0.24, -0.11 for triglycerides in chylomicrons and XL-VLDL) and with glycoprotein acetyls (-0.02 mmol/l or -0.16 SD-units; 95% CI=-0.22, -0.10), among others. Professor Bell notes that the available causal evidence is much stronger for BMI.

Professor Bell explains: “This suggests that it’s never too late to benefit from physical activity, but also that we need to remove barriers that make activity hard to maintain. Keeping it up is key. This includes making weight loss via diet a priority, since higher weight is itself a barrier to moving.”