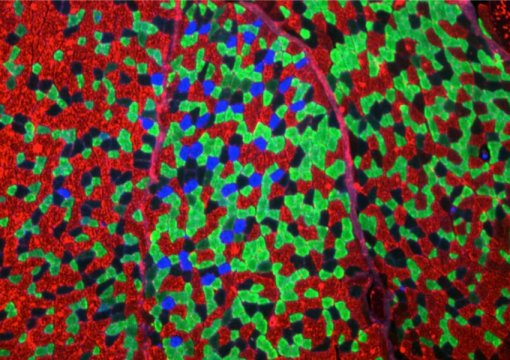 How do muscle cells prepare for the particular metabolic challenges of the day? Scientists at Helmholtz Zentrum München and Ludwig-Maximilians-Universität München (LMU), members of the German Center for Diabetes Research (DZD), have investigated this question and published their results in ‘PLOS Biology‘. The study has uncovered a metabolic network which is, contrary to expectations, not controlled by the brain but rather by the ‘circadian clock’ of muscle cells.

Circadian clocks are present in all cells of the body, and have a pervasive influence on all aspects of human physiology. This is because they regulate homeostasis by anticipating rhythmic changes in behavior and nutritional state, and by compartmentalizing incompatible metabolic pathways within precise temporal windows. “This applies, for example, to the use of nutrients such as fats and carbohydrates,” explains Professor Henriette Uhlenhaut. She is group leader at the Institute for Diabetes and Obesity of Helmholtz Zentrum München (IDO) and the Gene Center of LMU. “If the body’s internal clock gets out of synch, however, it can have serious consequences for the body’s metabolism. For example, it is known that shift workers are particularly susceptible to metabolic diseases such as diabetes.”

In their recent work, the team led by Uhlenhaut turned their attention to the 24-hour metabolic rhythm of muscles. “We focused specifically on two proteins that act as master regulators, positive and negative arms of the circadian clock,” says Kenneth Dyar, a scientist at the IDO and lead author of the study. “These two opposing molecules bind to DNA and trigger expression of additional proteins known to regulate lipid and protein metabolism.” Using muscle cells from mice, the scientists determined the activity of the two proteins over the course of the day and night. “We measured everything, from DNA binding to gene expression and metabolites,” says Kenneth Dyar, explaining the researchers’ comprehensive approach. Building upon previous studies, the scientists studied the synthesis and breakdown of fats and proteins over 24 hours — an approach that might also be interesting for athletes.

In collaboration with Italian and Austrian colleagues (from the Venetian Institute of Molecular Medicine and the Universities of Padua, Graz, and Trieste) the researchers identified certain processes that are switched on at night by the regulators of the internal clock: “They include, for example, fat storage, glucose metabolism and insulin sensitivity,” explains Henriette Uhlenhaut. At the same time, opposing processes such as fatty acid oxidation and protein breakdown are throttled down, according the authors. These patterns are especially pronounced in the hours before awakening and are thought to prepare the muscles for the day ahead.

In the final step, the scientists investigated possible ways to intervene in these processes. To this end, they examined mice lacking these master regulators. Without a circadian clock, the animals were leaner, with less fat and more muscle mass. “Taken together, our work has revealed an entire metabolic network at multiple levels,” Uhlenhaut explains. “Another biologically exciting finding is that, contrary to expectations, the key regulator is not centrally located in the brain, but is in fact the internal clock of the muscle cells themselves.” In the long term, the authors will investigate the mechanisms also in humans and try to find a way for therapeutic interventions. Their hope is that it might be possible to counteract insulin resistance in type 2 diabetes or to stimulate energy use to combat obesity.