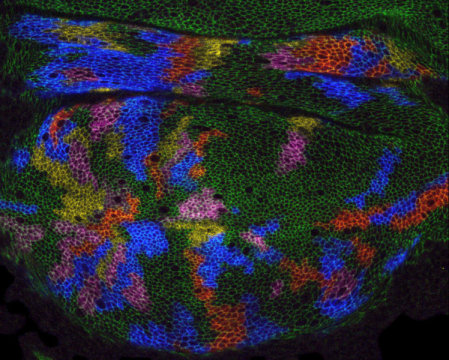 How do fruit flies grow their wings? Rutgers scientists discovered a surprising answer that could one day help diagnose and treat human genetic diseases.

Even when scientists manipulate cells to change how they divide, the shape of a fruit fly’s wing remains the same. The discovery changes the scientific understanding of how organs form, according to a Rutgers University-New Brunswick study in Current Biology.

The finding could help in the diagnosis and treatment of the many human genetic diseases that lead to abnormal organ shapes, such as mitral valve prolapse, when the heart valve doesn’t form properly, and van Maldergem syndrome, which affects multiple organs.

“We believe that understanding how wing shape is controlled can also help us understand how the normal shape of many human organs is controlled,” said senior author Kenneth D. Irvine, a principal investigator at the Waksman Institute of Microbiology and Distinguished Professor in the Department of Molecular Biology and Biochemistry in the School of Arts and Sciences.

The study’s goal was to learn how organ shape is controlled. The normal function of each organ in the human body requires a specific shape, and the Rutgers team used the wing of the common Drosophila fruit fly as a model to investigate, Irvine said.

Scientists have long thought that the shape of a growing fruit fly wing is governed by how dividing cells are oriented, or organized, but the Rutgers scientists found that this is incorrect.

Instead, tissue-wide stresses that dictate the overall arrangement of cells might serve as the blueprint for a wing without specifying the behavior of each cell, according to the study.

The next step is to pinpoint mechanisms that control organ shape. The Rutgers scientists are focusing on a set of genes that are required for normal organ shape in fruit flies and people, but they don’t yet understand how the genes control shape, Irvine said.

“By identifying genes that influence organ shape, scientists could screen for alterations in those genes before the symptoms of a disease become evident,” he said. “If a disease is diagnosed before symptoms appear, people might be able to start a treatment plan to ameliorate the symptoms at an earlier stage.”