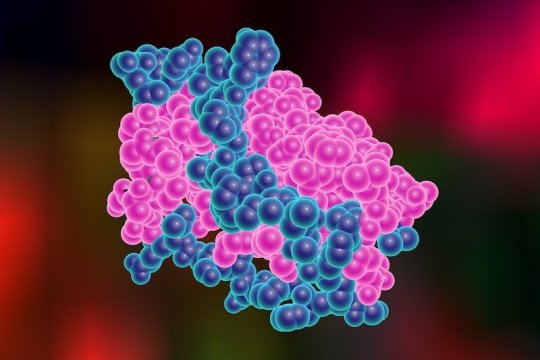 In a new study, Yale researchers offer insight into leptin, a hormone that plays a key role in appetite, overeating, and obesity. Their findings advance knowledge about leptin and weight gain, and also suggest a potential strategy for developing future weight-loss treatments, they said.

The study, led by investigators at Yale and Harvard, was published the week of June 17, 2019, in the Proceedings of the National Academy of Sciences.

Leptin, which is secreted by fat cells, informs the brain when fuel stored in body fat and in the liver is becoming depleted. It has not been well understood how low leptin concentrations in plasma — the largest component of blood — increase appetite. The researchers studied the biology of leptin in rodents. They also investigated the influence of nerve cells in the brain known as AgRP neurons, which regulate eating behavior.

The researchers discovered that the mechanisms by which reductions in plasma leptin concentrations stimulate food intake are not limited to the brain, as previously thought. In rodents, fasting first activates leptin receptors in the brain, followed by an intermediary step that involves the endocrine system. This system includes the pituitary and adrenal glands, which secrete another hormone, corticosterone, that regulates energy, stress responses, and food intake.

The research team learned that this chain of events is required for leptin to stimulate hunger when food is restricted, or when diabetes is poorly controlled and plasma leptin concentrations drop below a critical threshold, said Gerald Shulman, M.D., the George R. Cowgill Professor of Medicine at Yale School of Medicine, and co-corresponding author of the study.

In further experiments, the researchers also showed that plasma corticosterone activates AgRP neurons, which increases hunger when either leptin or blood-sugar levels are low, Shulman noted. In humans, leptin and blood sugar drop when people diet.

These findings add to scientists’ knowledge of leptin, which has been the focus of research on obesity and weight loss since its discovery in the 1990s. The study reveals “the basic biology of leptin, and how the endocrine system is mediating its effect to regulate food intake under conditions of starvation and poorly controlled diabetes,” said Shulman.

The research also lends support to a different strategy for developing drugs that treat obesity. “It suggests that AgRP neurons may be an attractive therapeutic target,” he said.

This study was funded by grants from the U.S. Public Health Service.

Materials provided by Yale University. Original written by Ziba Kashef. Note: Content may be edited for style and length.