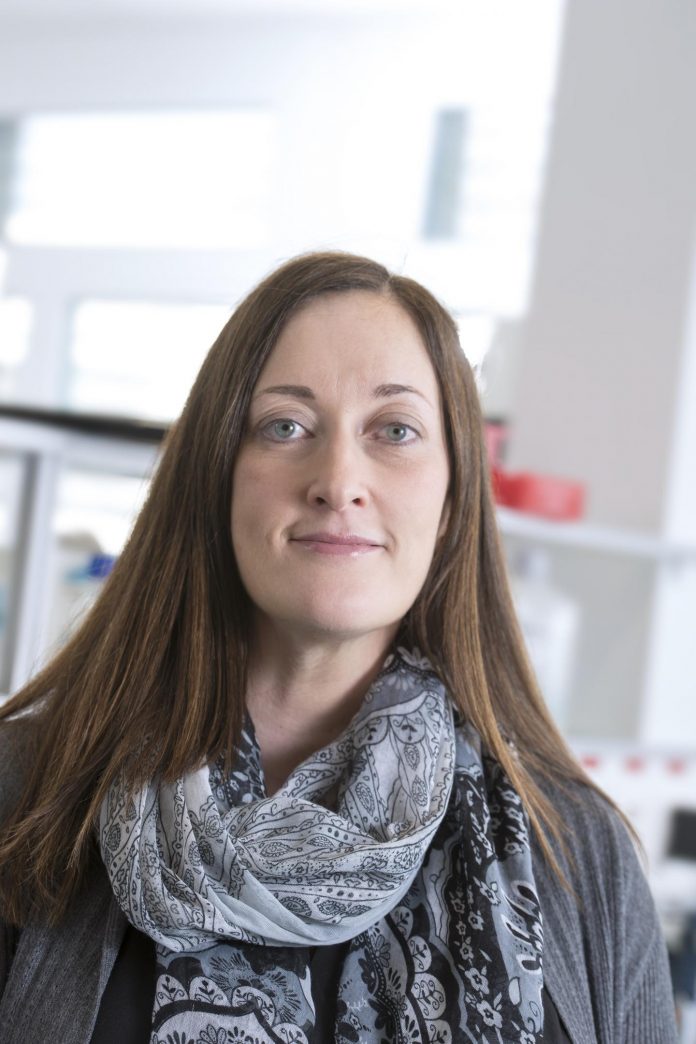 JULY 15, 2020, NEW YORK– A Ludwig Cancer Research study has dissected how radiotherapy alters the behavior of immune cells known as macrophages found in glioblastoma (GBM) tumors and shown how these cells might be reprogrammed with an existing drug to suppress the invariable recurrence of the aggressive brain cancer.

Led by Ludwig Lausanne Member Johanna Joyce and published in the current issue of Science Translational Medicine, the study details how radiotherapy dynamically alters gene expression programs in two subtypes of tumor-associated macrophages (TAMs) and describes how those changes push TAMs into a state in which they aid therapeutic resistance and growth. Joyce and her colleagues, led by first author Leila Akkari, now at the Netherlands Cancer Institute, also demonstrate that combining radiotherapy with daily dosing of a drug that targets macrophages–an inhibitor of the colony stimulating factor-1 receptor (CSF-1R)–reverses that transformation and dramatically extends survival in mouse models of GBM.

“What these preclinical data tell us is that for patients receiving radiotherapy for glioblastoma, adding CSF-1R inhibition to the treatment regimen could have the effect of prolonging survival,” says Joyce.

GBM patients typically survive little more than a year following diagnosis, as the cancer inevitably recurs and typically resists multiple therapies. But it was not known whether TAMs–which are linked to cancer cell survival and drug resistance in a variety of tumor types–promote GBM resistance to ionizing radiation, which is part of the standard of care for the aggressive tumor.

Two types of macrophages populate glioma tumors. One is the brain’s resident macrophage, or microglia (MG). The other is the monocyte-derived macrophage (MDM) that patrols the body, gobbling up pathogens and dead cells, or their detritus, and initiating additional immune responses. Macrophages can, however, be pushed into an alternative state–often termed the M2-like activation phenotype–in which they aid tissue healing rather than respond to threats. Many cancers coax macrophages into this alternative phenotype, which supports tumor survival and growth.

Joyce and her team found both MG and MDMs flood into GBM tumors in mice to clean up the cellular detritus following an initial course of radiotherapy. But when the gliomas recur, interestingly, it is MDMs that predominate in the TAM populations. The gene expression profiles of these MDMs in irradiated tumors, however, more closely resembles those of MG. They found, moreover, that both MDMs and MG in irradiated gliomas are alternatively activated into a wound-healing phenotype and secrete factors that bolster DNA repair in cells.

“Not only were these macrophage populations changing but, more importantly, they were now able to interfere with the efficacy of radiotherapy because they could help cancer cells repair the DNA damage it causes,” explains Joyce.

“So you have this yin/yang situation. The irradiation is of course destroying many of the cancer cells, but it has also caused all these macrophages to rush into the tumor to clean up the mess and, as a consequence, they’ve been super-activated to create a permissive niche for the remaining cancer cells to form new tumors.”

To see if depleting MDMs specifically might reverse that effect, the researchers treated different GBM mouse models with an antibody that blocks the entry of MDMs into the brain. But that only nominally improved survival in one of the models.

The Joyce lab has previously reported that TAMs can be pushed out of the wound-healing phenotype by CSF-1R inhibitors, so they next tested whether that strategy might bolster the efficacy of radiotherapy.

“We had approximately 95% of mice survive the full course of this six-month study,” says Joyce. In addition, mice engrafted with patient-derived tumors showed increased survival.

Joyce and colleagues are further exploring the mechanism by which TAMs promote DNA repair and otherwise assist cancer cell survival in GBM.

In addition to her post as a Member of the Ludwig Institute for Cancer Research, Lausanne Branch, Joyce is also a Professor at the University of Lausanne.

Ludwig Cancer Research is an international collaborative network of acclaimed scientists that has pioneered cancer research and landmark discovery for nearly 50 years. Ludwig combines basic science with the ability to translate its discoveries and conduct clinical trials to accelerate the development of new cancer diagnostics and therapies. Since 1971, Ludwig has invested $2.7 billion in life-changing science through the not-for-profit Ludwig Institute for Cancer Research and the six U.S.-based Ludwig Centers. To learn more, visit http://www.ludwigcancerresearch.org.