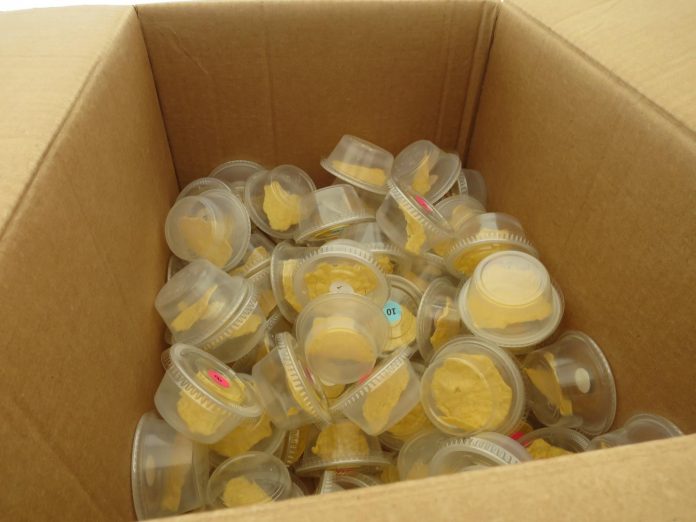 Most people would agree that the pleasure of some foods stems in part from its fat content. New research, led by the Monell Chemical Senses Center, has now found that liking of fatty food is more complex than its fat content alone – it could also be related to inborn genetic traits of the consumer related to fat perception. The team published their findings in Chemical Senses.

The team tested adult identical and fraternal twins in 2018 who attended the annual Twins Days Festival in Twinsburg, OH. “We asked the participants to rate low- and high-fat potato chips and report on how fatty they tasted and how much they liked them,” said Reed. Participants also spit into a tube so their DNA could be extracted. Their genotype was determined at hundreds of thousands of locations in their genome.

Many previous studies using model solutions for greater experimental control have tried to link perception to liking but often failed to translate their data to real foods, noted co-author John Hayes, PhD, a Professor of Food Science at the Pennsylvania State University. This study added a real food – potato chips – to the experiment’s design to overcome this limitation.

Genetically identical twins were more similar in their pattern of liking for the high- and low-fat potato chips compared with the fraternal twins. By comparing the taste-test results from other pairs of twins with similar genotype, the team identified two specific gene variants that correlated with the twins’ ratings of liking. Neither of these genes has been previously tied to the perception of fattiness.

Although fat is nearly universally liked in foods, some people may be born with the genetic tendency to prefer foods higher or lower in fat. The team’s next steps, including understanding how universal these genetic influences might be, will be to test people worldwide and with different types of fat in many different foods, such as pizza, muffins, and ice-cream.

Flavor is only one of many factors that drive everyday food choices, including cost, availability, and health. “Most people assume more liking drives more intake, but decades of research tell us the reverse is true – we avoid what we don’t like,” said Hayes. “I may love bacon, but if I listen to my cardiologist, I’m still not going to eat it every morning.”

The Monell Chemical Senses Center is an independent nonprofit basic research institute based in Philadelphia, Pennsylvania. Founded in 1968, Monell’s mission is to improve health and wellbeing by advancing the scientific understanding of taste, smell, and related senses, where our discoveries lead to improving nutritional health, diagnosing and treating disease, addressing smell and taste loss, and digitizing chemosensory data.