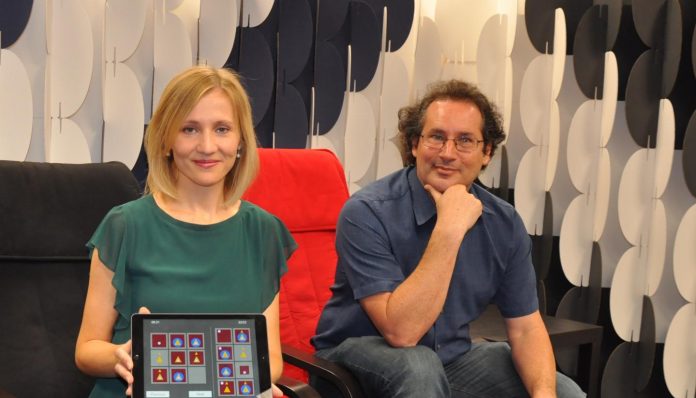 RIVERSIDE, Calif. — How does memory training lead to cognitive benefits? Aaron Seitz, director of the Brain Game Center for mental fitness and well-being at the University of California, Riverside, has wrestled with this question for several years.

Now he and Susanne Jaeggi, an associate professor at the UC Irvine School of Education; and Anja Pahor, formerly a postdoctoral researcher at UCR; are ready to address it by launching a nationwide project that seeks to engage 30,000 people in different variants of memory training through apps developed by the Brain Game Center.

Results from the project can be transformative toward understanding how cognitive skills can be trained and how people may vary in their propensities for such training.

Funded by the National Institute of Mental Health, the project aims to determine for whom certain training methods work best. Many billion-dollar companies sell exercises as workouts for the brain — a topic of controversy in the scientific community, where the effectiveness of such training is much debated. The large-scale project will contribute extensive data and may be able to resolve some of the controversies.

“We want to understand which training approaches lead to what types of benefits in different individuals,” said Seitz, a professor of psychology. “We are interested in exploring how individuals may have different outcomes from the same training method. We would also like to understand how and why the best approach may differ from individual to individual. We would like to know if it’s possible to have something akin to personalized medicine in cognitive training where your doctor prescribes the treatment appropriate for just you.”

Pahor explained that although it is generally accepted among cognitive psychologists that memory training affects performance, the mechanisms involved remain largely elusive.

“Understanding these underlying mechanisms can shed light on why some studies benefit brain training while others fail,” she said. “Understanding how our memory systems work and the mechanisms that guide learning can be applied broadly in society. Our acquisition of knowledge in the world intimately relies on memory processes. Improvements in memory can, therefore, benefit almost all aspects of our lives.”

Participation in the study is free and requires a commitment of a few weeks. Participants will play a memory training program, complete a few cognitive tests, and fill out brief questionnaires anonymously. Data is downloaded into a server at UCR. Participants can complete all sessions at home using their tablets or smartphones. They may drop out at any time.

Each session lasts 20-30 minutes. Participants are asked to complete two sessions a day and at least 10 sessions a week. Prizes can be won at weekly giveaways that will be hosted by the Brain Game Center. Participants have a chance to win an iPad in a monthly giveaway. To participate in the project, people can sign up here, where additional information about the study can be found.

Jaeggi, who directs the UCI School of Education’s Working Memory and Plasticity Laboratory at UCI acknowledged that many in the scientific community remain skeptical that memory training works.

“If we fail to find any consistent evidence that the interventions work in 30,000 people, then that also is an important finding,” she said. “We would save money and time for people who currently engage in brain training. It needs to be stressed that our project is not trying to prove anything; we are trying simply to get clarity. What our project can do is shed light on the factors that mediate and moderate these types of cognitive interventions and address the extent to which some procedures may, and others may not, lead to improvements in real world cognition.”

The UCI School of Education’s Working Memory and Plasticity Lab takes an interdisciplinary approach to investigate individual differences in higher cognitive functions across the lifespan. A large part of the work focuses on the development of cognitive interventions and the investigation of whether, how, and for whom those interventions generalize to non-trained cognitive domains.

The University of California, Riverside (http://www.ucr.edu) is a doctoral research university, a living laboratory for groundbreaking exploration of issues critical to Inland Southern California, the state and communities around the world. Reflecting California’s diverse culture, UCR’s enrollment is more than 24,000 students. The campus opened a medical school in 2013 and has reached the heart of the Coachella Valley by way of the UCR Palm Desert Center. The campus has an annual statewide economic impact of almost $2 billion. To learn more, email [email protected]