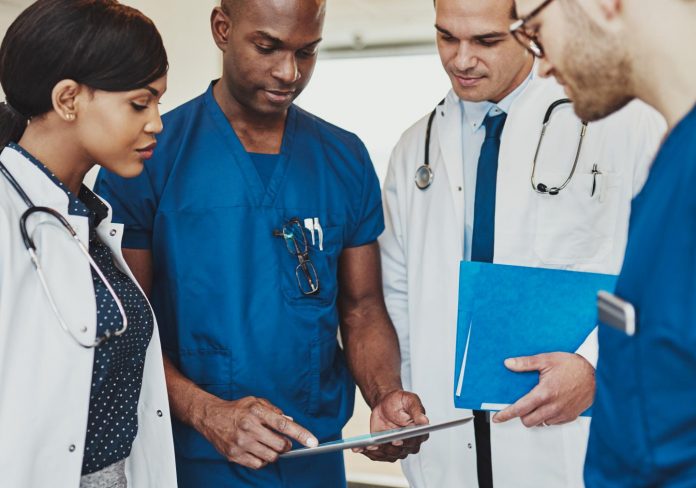 July 15, 2020 – Smoking cessation initiatives notwithstanding, along with provocative public health campaigns and clinical guidance, quitting tobacco has remained elusive for many smokers. The American Thoracic Society’s new clinical practice guideline on treatment for tobacco dependence in adults addresses how clinicians may deal with patients’ reluctance to quit, one of a number of issues not previously assessed in the older guidelines.

The complete guideline detailing all the recommendations was posted online ahead of print in the July 15 issue of the American Journal of Respiratory and Critical Care Medicine.

An explainer video is available here.

This latest ATS practice guideline maintains the first principle of clinical practice that “all patients who use tobacco should receive treatment for their dependence, and not simply be encouraged to stop.” It expands upon the last guidance by the U.S. Public Health Service, which was issued in 2008. In addition to addressing a reluctance to quit, the guideline “identifies an ‘optimal controller’ medication for clinicians to use as an initial pharmacotherapeutic choice and identifies a clinical strategy for amplifying the effectiveness of that controller,” noted Frank T. Leone, MD, MS co-chair of the ATS guideline committee.

There is a clear consensus on the health consequences of smoking, including lung disorders like chronic obstructive pulmonary disorder and lung cancer, not to mention heart disease and mood disorders like anxiety and depression.

“At least among adults, the overwhelming majority of current smokers (including e-cigarette users) express an interest in quitting (over 70 percent) while only a very few follow through with some attempt,” said Dr. Leone, associate professor medicine, University of Pennsylvania Medical Center and director, Comprehensive Smoking Treatment Program, Penn Lung Center.

But as Dr. Leone is quick to point out, “A willingness to quit is not a pre-requisite for achieving control over the compulsion to smoke.” One main takeaway to the guidelines: “introducing the optimal controller to patients before they express willingness to quit results in an additional 308 patients achieving abstinence per 1000 patients treated.”

The following recommendations were formulated using the Grading of Recommendations, Assessment, Development, and Evaluation, or GRADE, approach:

1. For tobacco-dependent adults in whom treatment is being initiated, we recommend varenicline over a nicotine patch (strong recommendation, moderate certainty in the estimated effects).

2. For tobacco-dependent adults in whom treatment is being initiated, we recommend varenicline over bupropion (strong recommendation, moderate certainty in the estimated effects).

3. For tobacco-dependent adults in whom treatment is being initiated, we suggest varenicline plus a nicotine patch over varenicline alone (conditional recommendation, low certainty in the estimated effects).

4. For tobacco-dependent adults in whom treatment is being initiated, we suggest varenicline over electronic cigarettes (conditional recommendation, very low certainty in the estimated effects).

5. In tobacco-dependent adults who are not ready to discontinue tobacco use, we recommend that clinicians begin treatment with varenicline rather than waiting until they are ready to stop tobacco use (strong recommendation, moderate certainty in estimated effects).

6. For tobacco-dependent adults with co-morbid psychiatric conditions, including substance use disorder, depression, anxiety, schizophrenia and/or bipolar disorder, for whom treatment is being initiated, we recommend varenicline over a nicotine patch (strong recommendation, moderate certainty in estimated effects).

7. For tobacco-dependent adults for whom treatment is being initiated with a controller, we recommend using extended duration (greater than 12 weeks) over standard duration (6-12 weeks) (strong recommendation, moderate certainty in estimated effects).

The ATS has published nearly 20 clinical practice guidelines on various conditions, ranging from allergy and asthma to TB and other pulmonary infections. For ATS guideline implementation tools and derivatives, go here.

About the American Journal of Respiratory and Critical Care Medicine

The AJRCCM is a peer-reviewed journal published by the American Thoracic Society. The Journal takes pride in publishing the most innovative science and the highest quality reviews, practice guidelines and statements in pulmonary, critical care and sleep medicine. With an impact factor of 17.452, it is one of the highest ranked journals in pulmonology. Editor: Jadwiga Wedzicha, MD, professor of respiratory medicine at the National Heart and Lung Institute (Royal Brompton Campus), Imperial College London, UK.

About the American Thoracic Society