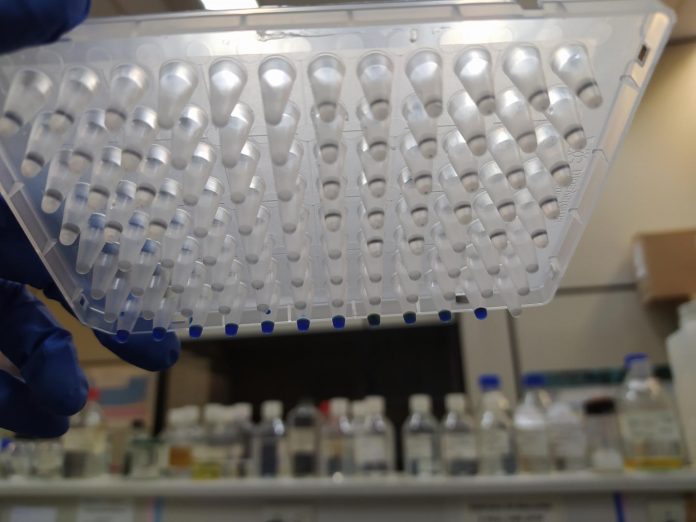 The project was one of the first to be selected in a call for applications issued by FAPESP’s Innovative Research in Small Business Program (PIPE) in partnership with FINEP, the Brazilian government’s innovation agency, to fast-track funding for products, services or processes developed by tech startups and small businesses in the state of São Paulo to combat COVID-19.

“Within a few months, we plan to have completed the development of a standardized kit for the detection of IgG circulating antibodies in blood serum produced in a later phase of the disease. The method used is ELISA [enzyme-linked immunosorbent assay],” Mona das Neves Oliveira, principal investigator for the project and founder of the firm, told São Paulo Research Foundation – FAPESP Innovative R&D.

The project will use a cell-free protein synthesis technology developed by the firm over the last two years to accelerate and optimize protein production processes on the basis of an in vitro transcription and translation system. Researchers have used the system to develop a protein that is being tested.

“The tests are going very well,” Oliveira said. “We’ve produced the protein and are now purifying it to avoid false positives and false negatives.”

The detection of IgG in patient blood samples will be performed using antigens from the nucleocapsid protein, the antigenic fraction of the spike protein used by SARS-CoV-2 to invade human cells by binding to the ACE-2 receptor in the cell membrane.

Through a project supported by FAPESP, the researchers were able to develop and validate an aptamer–a peptide that binds to a target molecule–with strong affinity and specificity for the constant fraction of IgG antibodies.

“We plan to use this aptamer conjugated with biotin [which acts as a coenzyme in purine and carbohydrate metabolism] for detection,” Oliveira said.

The test kit will be low-cost because the aptamer and antigens are cheap to produce by the cell-free method. In addition, the firm already has its own plasmids (DNA molecules that can self-replicate) for protein expression and well-established production protocols.

“It will be a very affordable, quick test that can be used anywhere for epidemiological screening purposes,” Oliveira said. “Negotiations are in progress with companies interested in mass-producing the test kit once it’s been calibrated and approved for general use.”

Ester Sabino, a professor and researcher at the University of São Paulo’s Institute of Tropical Medicine (IMT-USP), is partnering with the project. Sabino led the sequencing of SARS-CoV-2 in Brazil.

The São Paulo Research Foundation (FAPESP) is a public institution with the mission of supporting scientific research in all fields of knowledge by awarding scholarships, fellowships and grants to investigators linked with higher education and research institutions in the State of São Paulo, Brazil. FAPESP is aware that the very best research can only be done by working with the best researchers internationally. Therefore, it has established partnerships with funding agencies, higher education, private companies, and research organizations in other countries known for the quality of their research and has been encouraging scientists funded by its grants to further develop their international collaboration. You can learn more about FAPESP at http://www.fapesp.br/en and visit FAPESP news agency at http://www.agencia.fapesp.br/en to keep updated with the latest scientific breakthroughs FAPESP helps achieve through its many programs, awards and research centers. You may also subscribe to FAPESP news agency at http://agencia.fapesp.br/subscribe.