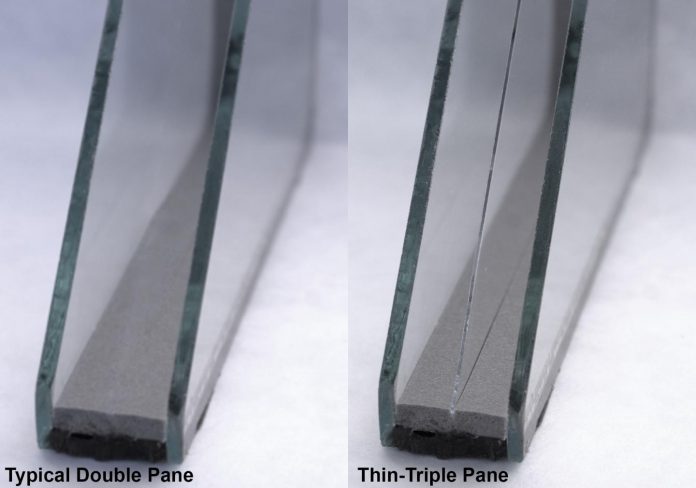 When bacteria are put in different environments, such as one that is more acidic or anaerobic, their genes start to adapt remarkably quickly. They’re able to do so because the proteins making up their chromosome can pack and unpack rapidly. Now, a Berkeley Lab-led team of researchers has been able to capture this process at the molecular level using advanced imaging techniques, a discovery that could eventually enable scientists to develop strategies to control microbial behavior.

The researchers used multiple high-powered X-ray techniques at Berkeley Lab’s Advanced Light Source (ALS), a Department of Energy Office of Science user facility, to image the process in E. coli bacteria at the micro-, meso-, and nanoscales. The imaging technique they developed enabled them to visualize the bacteria’s chromosome at higher resolutions than ever before, and without the need for labeling, which slows down the process but is required by most other techniques. Their study was published recently in the journal Nature Communications.

“We now understand how the packing of the DNA is controlled by the DNA binding proteins, called HU, interacting with each other,” said Michal Hammel, the corresponding author of the paper and a research scientist in Berkeley Lab’s Molecular Biophysics and Integrated Bioimaging (MBIB) Division. “So now we can try to figure out how to control it, how to inhibit or accelerate the packing of the DNA. If you can change packing of DNA, you can change bacterial behavior; then you can start developing alternative approaches to fighting bacterial infections.”

The team included Carolyn Larabell, MBIB faculty scientist and director of the National Center for X-Ray Tomography at the ALS, and the lead authors were Soumya Govinda Remesh and Subhash Verma of the National Cancer Institute.

Researchers at JBEI have developed a new set of synthetic biology tools that could unlock advanced plant engineering.

The ability to genetically engineer plants is key for creating sustainable agriculture and renewable energy. But the methods currently used to engineer plants are underdeveloped compared to those for bacteria, limiting scientists in their ability to add preferable traits or delete unwanted ones.

To meet this need, researchers at the Joint BioEnergy Institute (JBEI) developed a set of synthetic plant promoters — which are required for a gene to be expressed in a plant — that will help scientists engineer more sophisticated traits in plants. Their work, led by Patrick Shih, is published in Nature Chemical Biology.

Shih, director of Plant Biosystems Design at JBEI, said this research provides a proof of concept that plant promoters can be tailor-made to achieve a specific gene expression pattern.

“There’s a lot of excitement in the field there. We’ve been stuck with using whatever promoters already exist,” Shih said. “If we can design them from scratch, it allows us to not only engineer various traits into plants, but it also opens up the window to study plant biology in a whole different way using synthetic biology.”

These new synthetic promoters allow scientists to control how much or how little a gene is expressed, providing more control. They also allow for genes to be expressed in a specific part of the plant, such as the roots or the leaves. These functionalities have previously been challenging to achieve.

“The ability to design and build custom-made promoters now gives us the flexibility to go after different targets and applications,” Shih said. “It opens the door to really sophisticated synthetic biology efforts in the future.”

JBEI is a DOE Bioenergy Research Center supported by DOE’s Office of Science.

Buildings account for a whopping 40% of total U.S. energy consumption, and windows are responsible for approximately 10% of that. High thermal performance windows reduce combined heating and cooling energy consumption of typical single family homes in California by up to 50% compared to existing single-pane windows, which are still found in 6.5 million, or 50%, of homes in California.

A $1.85 million grant by the California Energy Commission’s (CEC’s) Electric Program Investment Charge was recently awarded to Berkeley Lab to install energy-saving, thin-glass triple-pane windows in low-income communities in California. Thanks to years of investment and support from the CEC and the Department of Energy (DOE), Berkeley Lab researchers will work with industry partners to retrofit these high-performance windows into two multi-family buildings, each with eight tenant units, and 30 single-family housing units, all located in low-income California communities.

“By partnering with building and window manufacturers, including Cornerstone Building Brands, we hope that this demonstration project will remove barriers to the development and widespread adoption of highly insulating window technologies in the retrofit and new construction markets,” said Berkeley Lab Principal Scientific Engineering Associate Robert Hart, who is the lead researcher on highly insulating windows. “With more widespread adoption, energy-efficient technologies such as thin-triple windows, can become even more affordable and accessible.”

A team of researchers led by Sayeef Salahuddin , faculty scientist in Berkeley Lab’s Materials Sciences Division and professor of electrical engineering and computer sciences at UC Berkeley, has managed to grow onto silicon an ultrathin material that demonstrates a unique electrical property called ferroelectricity. Their findings were published in the journal Nature .

Ferroelectricity refers to a class of materials that can not only achieve spontaneous electric polarization, but also reverse the direction of polarization when exposed to an external electric field, which is promising for electronics.

The Berkeley Lab-led team’s breakthrough reported in the current study demonstrates that ferroelectric effects can be enhanced in a material just 1 nanometer thick. As a result, the material – when engineered into a logical storage or switching device – can efficiently control the smallest devices with lower amounts of energy.

The finding could lead to the creation of more advanced batteries and sensors. But the work is “especially relevant to next-generation low-power microelectronics,” said co-author Jim Ciston, a staff scientist at the Molecular Foundry who led the electron microscopy portion of the project.

At Berkeley Lab’s Advanced Light Source, the researchers employed sophisticated X-ray absorption spectroscopy, X-ray linear dichroism, and photoemission electron microscopy techniques to explore the material’s structural and electronic origins of ferroelectricity.
In 2019, Ciston was one of 315 researchers selected to receive the prestigious Presidential Early Career Award for scientists and engineers, which partially funded his work on the study.

Adapted from a news release by Thomas Lee, UC Berkeley, School of Engineering