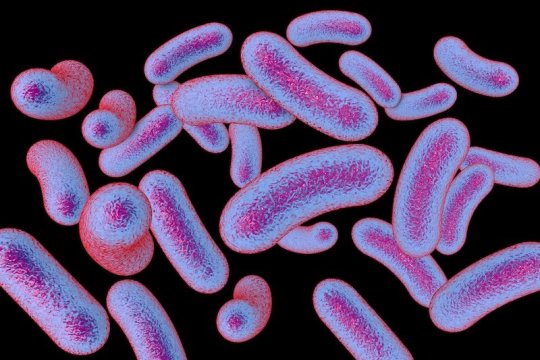 A new study from EPFL scientists has found that bacteria use mechanical forces to divide, along with biological factors. The research, led by the groups of John McKinney and Georg Fantner at EPFL, came after recent studies suggested that bacterial division is not only governed by biology, but also by physics. However, this interplay is poorly understood.

Most bacteria are rod-shaped cells that multiply by doubling their length and dividing in the middle to yield two “daughter cells.” Mechanisms that control these processes in space and time are critical for survival. The importance of these mechanisms becomes even clearer, given how pervasive bacteria are in everyday life, and how ubiquitous their use is in biotechnology.

The scientists studied bacteria that are very similar to the human pathogen that causes tuberculosis, which kills more people than any other infectious disease. To study the growth and division dynamics of these “mycobacteria” the scientists built a special instrument that combines optical and atomic force microscopy (AFM) to image and manipulate cells at the size scale of molecules.

The data showed that mycobacterial cell division requires mechanical forces in addition to previously identified division molecules (enzymes). Before a cell divides, there is a progressive build-up of mechanical stress in the cell wall, right at the point where the cell will divide.

The build-up eventually culminates in a millisecond-fast splitting of the cell into two new cells. Remarkably, when the researchers physically pressed on the bacteria with an ultra-sharp AFM needle, they caused instantaneous and premature cell division. “This experiment proves that physics is essential for this important biological process,” says Georg Fantner.

But where is the biological part of the story? When a bacterial cell divides the two daughters must separate, a process mediated by enzymes that dissolve the molecular connections between them. The investigators found that this essential process could be bypassed by pressing on the nascent division site using the AFM needle.

“Our work demonstrates that biological enzymes and mechanical forces ‘collaborate’ to bring about the separation of daughter cells in bacterial cell division,” says John McKinney.