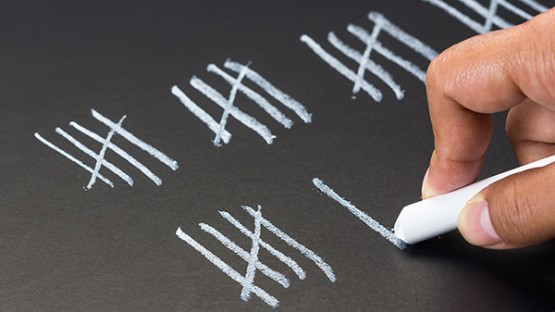 In a group decision-making process such as the one happening in the U.S. this November, swing voters are crucial. At least that’s the conventional wisdom.

Whether it’s a presidential election, a Supreme Court vote or a congressional decision – and especially in highly partisan environments, where the votes of the wings are almost guaranteed – the votes of the few individuals who seem to be in the middle could tip the scales.

But according to the authors of a paper published June 3 in the Journal of the Royal Society Interface, the notion of a swing voter is limited because people don’t always fall neatly onto one side or another. In many cases, the “middle” shifts over time; others may watch the swing voter to determine their own votes, or voters may make compromises, reflecting complex and overlapping networks of influence.

To account for such complexity, the authors develop a more general approach to identifying “pivotal components,” which are akin to swing voters but applicable to a wide range of systems.

“We propose a generalizable approach for identifying pivotal components across a wide variety of systems,” said lead author Edward Lee, M.S. ’18, Ph.D. ’19, a postdoctoral researcher at the Santa Fe Institute. “These systems go beyond voting and include social media, like Twitter; biology, like the statistics of neurons; or finance, like fluctuations of the stock market.”

The researchers identify a statistical signature of pivotal components that they then trace to communities on Twitter, votes in the Supreme Court and Congress, and stock indices within financial markets. They find wide diversity in how social systems depend on sensitive points, when such points exist at all.

The researchers began by analyzing historical Supreme Court votes, using a statistical mechanical model to infer the probabilities of various voting blocs forming, which then permitted them to model what might have resulted had various justices from different time periods served together.

“We then applied the methods to datasets describing other forms of political voting, finance and Twitter users, in all cases modeling the formation of alliances,” Ginsparg said. “Understanding the dynamics also provides intriguing possibilities for statistical amelioration of undue external influence on these systems.”

For example, between 1994 and 2005, the U.S. Supreme Court was generally dominated by patterns other than partisan politics, despite partisan votes like Bush v. Gore, which effectively decided the 2000 presidential election. In contrast, the New Jersey State Supreme Court from 2007-10 was characterized by two pivotal voters. This variation reflects the role of institutional rules and norms.

“This concentration of power may correspond to weakness,” Lee said, “because focused pressure, such as intense lobbying, might be used to control outcomes – a kind of tyrannical exploitation of democracy.”

The authors’ new framework for identifying pivotal components could also be applied to various other systems to identify individuals or swing coalitions, which consist of multiple components or voters that need to be changed simultaneously, even in opposing ways.

To develop their approach, the interdisciplinary team combined ideas from statistical physics, mathematics, political science and finance. Their work could help identify prime candidates for changing outcomes, or lead to a better understanding of how institutional and environmental factors shape the emergence of social structure.

This work was supported by the Dirksen Congressional Center, the National Science Foundation and the Omega Miller Program at the Santa Fe Institute.

Linda B. Glaser is news and media relations manager for the College of Arts and Sciences.

Beads of glass in meteorites help researchers piece together how solar...