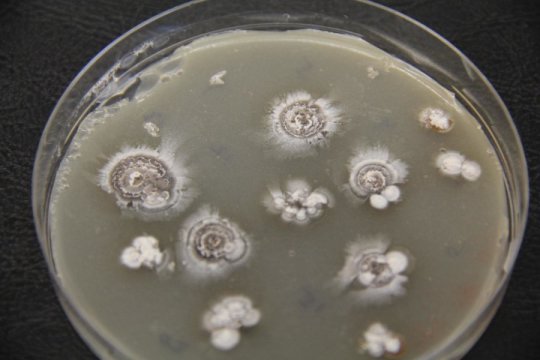 The finding comes from Ben Shen, PhD, and his colleagues on the Florida campus of Scripps Research. The team investigates “natural products” made by organisms such as soil-dwelling bacteria.

“We use natural products as an inspiration for chemistry, biology and drug discovery,” says Shen, professor and co-chair of the Department of Chemistry at Scripps Research.

Thiocarboxylic acids caught Shen’s attention because of their rarity in nature and similarity to lab-made molecules called carboxylic acids. Carboxylic acids are good “warheads” because they can home in on biological targets, making them a key ingredient in many antibiotics, heart disease medications, and more.

The researchers revealed, for the first time, the exact genes, and the enzymes they encode, that bacteria use to create thiocarboxylic acids.

Interestingly, thiocarboxylic acids appear to have been hiding in plain sight. The molecules were thought to be rare and have not been appreciated to date as a family of natural products. Thanks to the current findings, the researchers now know how these producst are made in nature. Upon searching databases of bacterial genomes, the researchers found that many species of bacteria around the world have the genes to produce thiocarboxylic acids.

“There are many, many thiocarboxylic acid natural products waiting to be discovered, making them a treasure trove of potential new drug leads or drugs” says Shen.