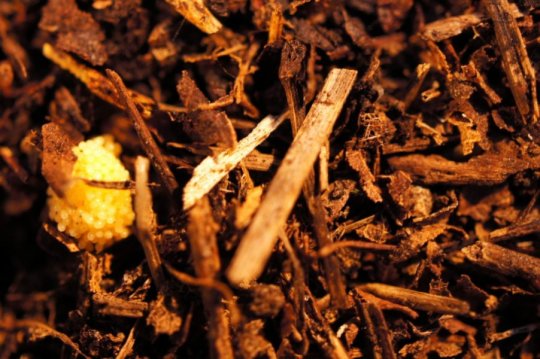 Like all other living organisms, animals face the challenge of fending off enemies. Using chemical weaponry can be an effective strategy to stay alive. Instead of taking over this task themselves, many marine and terrestrial animals associate with microbial symbionts that can provide such protection. An international team of researchers led by scientists of Johannes Gutenberg University Mainz (JGU) and the Leibniz Institute for Natural Product Research and Infection Biology in Jena has discovered that bacteria associated to Lagria villosa beetles can produce an antifungal substance very similar to one found in tunicates living in the marine environment. The researchers revealed that this commonality is likely explained by the transfer of genes between unrelated microorganisms.

Lagria villosa beetles, a species introduced to South America from Africa and now an agricultural pest in Brazil, carry Burkholderia gladioli bacteria that had been previously shown to protect the insect eggs against fungal enemies. A single beetle carries not only one, but several strains of closely related B. gladioli bacteria with different abilities to produce defensive substances.

Under natural conditions, one of the strains is especially dominant in the beetles. This, however, is challenging to investigate because it is reluctant to grow if separated from the insect host. Moreover, the genome or complete set of genetic material in this strain has shrunken. “Genome reduction often happens in bacteria that have been living in tight association to a host for a long time. Yet, the presence of closely related bacteria with such different genome sizes in the same insect is unexpected and suggests that their relationship with the beetle is different,” said Dr. Laura Flórez from the Institute of Organismic and Molecular Evolution (iOME) at Mainz University, who is the first author of the study. Professor Martin Kaltenpoth, one of the senior authors of the publication, added: “For the insect, leaving room for this diversity of microbial symbionts might be the key to stay protected from enemies.”

The discovery of a new bioactive substance produced by the dominant strain B. gladioli Lv-StB was particularly interesting for the research team. After putting together 28,000 beetle eggs for chemical analyses, Dr. Kirstin Scherlach and Professor Christian Hertweck in Jena identified an especially interesting symbiont-produced compound which can block fungal growth. The scientists named this new compound lagriamide, after the symbionts’ beetle host, Lagria. “Strikingly, lagriamide closely resembles substances that had been found before in the marine environment and that are presumably produced by microbial symbionts of tunicates,” said Scherlach. How to explain this remarkable similarity in such different habitats and organisms?

By analyzing the pool of genes in the microbial community of the L. villosa beetles, Jason Kwan and his team at the University of Wisconsin in Madison, USA, identified the genes responsible for the production of lagriamide in the genome of the dominant beetle symbiont. They also found an exciting clue: these genes are located in a so called genomic island, i.e., a region that was likely inserted in the chromosome of the symbiont from an external source.

Jumping genes are a known phenomenon in bacteria and other organisms. However, this is one of the few examples in which there is direct evidence that such transfer of genetic material underlies the defensive potential of a symbiont. It is especially exciting that symbiosis and the acquisition of foreign genetic material can be a versatile means of innovation for animal defense across habitats. These findings also underscore the value of defensive symbionts for the discovery of compounds with antimicrobial properties of potential use for humans.