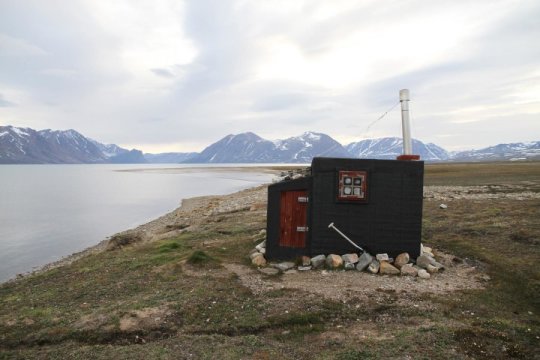 Most of the fauna in the Arctic region take part in pollinating, yet during the busiest flowering weeks, there’s a shortage of such services. A recent study indicates that the pollination services provided to plants and, thus, the plants’ ability to produce seeds are dependent on the timing of the blooming season, and on how many other species are in bloom simultaneously.

Mikko Tiusanen, MSc, investigated in his doctoral dissertation the structure and functioning of plants and their pollinators in Arctic regions.

“Up north, there are very few Apidae, such as bees and bumblebees, so other insect groups bear the main responsibility for pollination,” explains Tiusanen.

In his study, Tiusanen found that relatives of the ubiquitous housefly had a central role. These members of the Muscidae family are important pollinators, whose abundance impacts the seed production of northern plants.

Flowering in the Arctic occurs in the few weeks after the snow has melted. The subsequent profusion of flowers causes intensive competition for the pollination services provided by insects.

During the flowering peak, pollinators insufficient for everyone

In the doctoral study, Arctic pollinator communities were found to be dominated by a few plant and insect species, resulting in insufficient pollinator numbers at the height of flowering.

“This is probably due to a decrease in pollinators. The number of Muscidae, the most important pollinators, has been in decline for the past twenty years. Additionally, plants and pollinators react differently to the warming climate, shifting their occurrence to different stages of the growing season,” Tiusanen explains.

Global changes in habitats result in declining biodiversity, which disrupts ecosystems and their ability to produce ecosystem services. For example, the decline in insect populations, pollinators in particular, may have significant effects on food production and, thus, the entire human race.

“Arctic communities are not the only pollinator communities dominated by a handful of species. Agricultural environments with their crops and western honey bees comprise a structurally similar community,” notes Tiusanen.

As climate change and other human-induced environmental changes intensify, insect-pollinated plants and their pollinator communities must adapt to new conditions in both Arctic and southern regions.

Materials provided by University of Helsinki. Original written by Laura Hiisivuori. Note: Content may be edited for style and length.