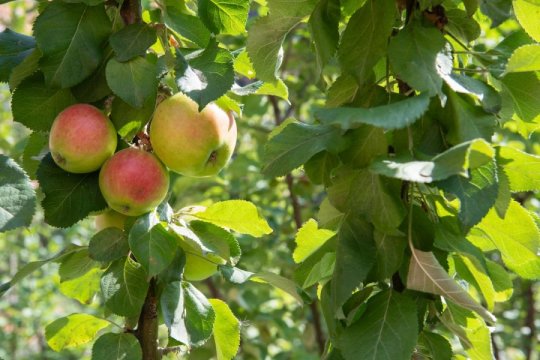 Global warming increases frost damage on trees in large areas of Central Europe, according to a new Finnish-Chinese study by researchers from the University of Eastern Finland, the Chinese Academy of Science and Zhejiang A&F University.

Late frost damages are economically important in agriculture and forestry. In certain years, they are known to have caused losses amounting to up to hundreds of millions of euros.

Climate change and increasing temperatures will diminish the occurrence and severity of spring frost events, which should reduce frost damages.

“However, global warming also has another, negative consequence: plants flower and leaf out earlier than they used to. As a result, the incidence of frost damages will increase,” says Professor Frank Berninger from the University of Eastern Finland.

“Our research suggests that as a result, trees will suffer increasing frost damages in many places in Central Europe.”

The study investigated the leafing out and flowering of 27 tree species across Europe over 30 years. The data was merged with climate data for the sites, and statistical models were used to understand patterns of potentially damaging frost events.

For many species and sites, their leafing out and flowering advanced beyond the last day of frost. Therefore, potentially harmful spring frost events became from frequent and more severe for many sites.

“For example, North-Western Germany, which is an important fruit producing area in Europe, experienced substantial increases in the occurrence of spring frosts,” Professor Berninger says.

Materials provided by University of Eastern Finland. Note: Content may be edited for style and length.