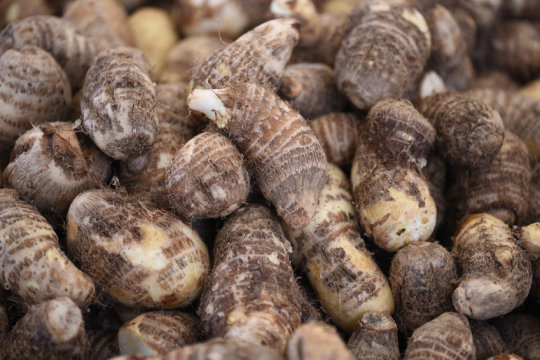 Humans may have been cultivating plants on a narrow coastal strip in Brazil as far back as 4,800 years ago, according to a new study.

An international team of scientists, led by researchers at the University of York, analysed the teeth and bones of ancient human remains found at the site in Southern Brazil.

The results reveal that the individuals, who lived around 4,800 years ago, were eating a diet rich in carbohydrates, suggesting that they may have cultivated plants like yams and sweet potatoes.

The area, known as the “Atlantic forest” of South America, was not previously viewed as part of the history of early food production on the continent.

Senior author of the study, Dr André Colonese from the Department of Archaeology at the University of York, said: “Our findings may place the Atlantic Forest ‘on the map’ of early plant cultivation in the Americas.

“The Atlantic Forest coast has been largely peripheral in this narrative despite its unique plant biodiversity and archaeological record of dense human occupation. “Our study challenges this traditional view. The high consumption of carbohydrate-rich food suggests that permanent populations subsisted on a mixed economy, and possibly cultivated plants along this narrow coastal strip.”

The authors suggest that the results support the emerging view that food production along the Atlantic forest coast was practised at the same time as sedentary villages based on plant cultivation began to emerge in Amazonia and La Plata Basin.

Other evidence, such as stone tools for processing plants and plant remains entrapped in the tooth tartar of these individuals, also indirectly confirmed the regular consumption of plant resources.

Such a level of plant dependence would likely require some kind of management to guarantee long-term and predictable returns, the research team say.

Dr Colonese added: “It is not clear, however, whether domesticated plants were part of their menu, and to what extent these people exerted some selective pressures on plant resources. What is clear is that our understanding of the nature, time and place of early plant management and cultivation in South America is under continuous development. The Atlantic Forest has much to contribute to these debates.”

Co-author of the article, Prof. Sabine Eggers, from the Naturhistorisches Museum Wien (Austria) said: “This work shows that the integration of people with different expertise can lead to new insights into the importance of bioarchaeology in coastal South America”